Home Politics 2023 Presidency: Its Injustice If South East Does Not Produce Next President-... 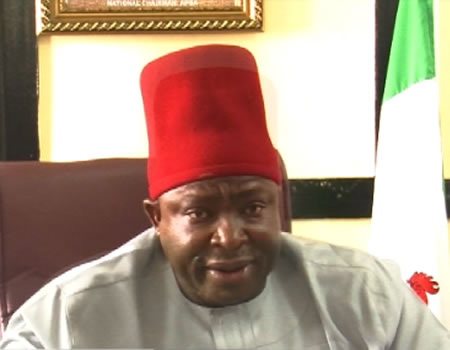 Victor Umeh, a former National Chairman of the All Progressives Grand Alliance, APGA, has said it would be injustice if the South East does not produce the next President of Nigeria in 2023.

The agitation of a Nigerian President of Igbo extraction has been intense, as the 2023 general elections draws close.

Several groups and prominent Nigerians have backed calls for President Muhammadu Buhari’s successor to come from the region.

Umeh, who spoke on Monday during an interview on Channel’s Television programme Monday Politics, said the South East has never produced a President for the country.

He pointed out that almost all the zones in the country have produced the nation’s President, except the South East.

“South-East has never produced a President for Nigeria.

“Nobody from the South-East has been President, it is the turn of the South to produce a President now.

innonews - June 13, 2017 0
National Chairman of the All Progressive Congress, APC, Chief John Oyegun has expressed worry on the chances of the party in 2019. He cautioned that...