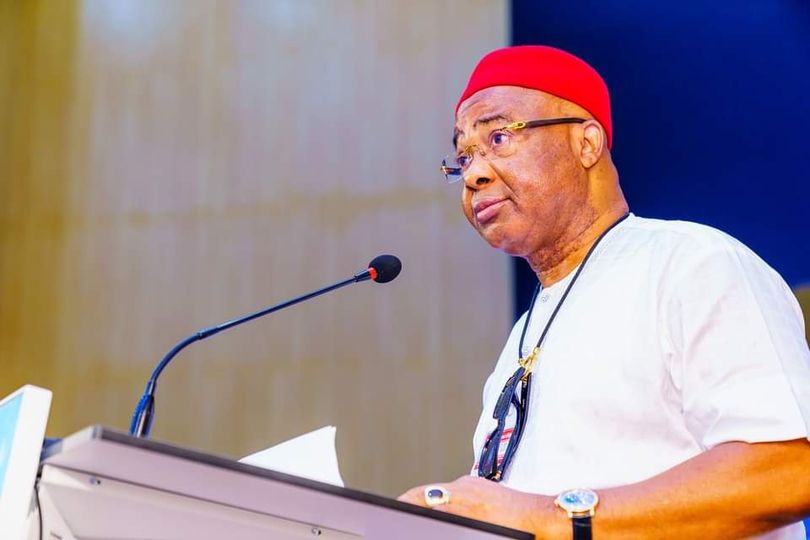 Governor Hope Uzodimma, will determine those who will emerge candidates of the All Progressives Congress, APC, for various elective positions in Imo State, ahead of the party primaries scheduled to hold soon.

A chieftain of the party in the State, Hon Steve Iwuoha, told INNONEWS in Owerri, that irrespective of the mode of primaries adopted by the party for the primaries- Direct, Indirect or Consensus- Governor Hope Uzodimma, will considerably influence the emergence of candidates.

He however said such practice will not applicable only in Imo State, because most APC State Governors will equally adopt similar measure.

Iwuoha, a one time Councillor in Njaba LGA said “The new National Chairman of the party, Senator Abduallahi, had said State Governors are overall leaders of the party in the States. And Governors wield enormous influence in the party.

“This means Governors holds the ace and will determine those among the multitude of aspirants, who will emerge candidates for various elective positions. Allies, friends, associates and unrepentant loyalists of the Governors will be favoured during the primaries.

“In Imo State, Governor Hope Uzodimma is in charge of the party. His in law, Ebere, is the State Party Chairman which he single-handedly installed. He calls the shots in the party and he is expected to ensure that his allies emerge candidates at various levels, to consolidate his grip of the party in the State, and more importantly, strengthen his second term bid.

“During the Okigwe senatorial bye election, he and the Minister of State for Education, Hon. Emeka Nwajiuba, put their feet on their ground and adopted Frank Ibezim, as the party’s senatorial candidate, rejecting the ambition of Senator Ifeanyi Araraume.

“During the Ngor Okpala State Assembly Bye Election, he insisted on the candidature of Blyden Amajirionwu, his aide. The latter went ahead to win the bye election.

“President Buhari had set the pace when he choose the National Chairman of the party single-handedly under the guise of consensus.

“No State Governor in the APC would allow political back stabbers to win party tickets and Imo State would not be an exception because Hope Uzodimma is in charge” he said.

innonews - June 22, 2019 0
The selection procedure and the process Certificates of Recognition were accorded some traditional rulers in Imo State during the last...

innonews - February 13, 2020 0
All is set for the 2020 Owerri Presbytery Opening Ceremony of The Presbyterian Church of Nigeria, Imo State. ...