Home Viewpoint Orlu Zone Senate: This Is Not The Time For Experiment. BY EZEAFURUKWE... 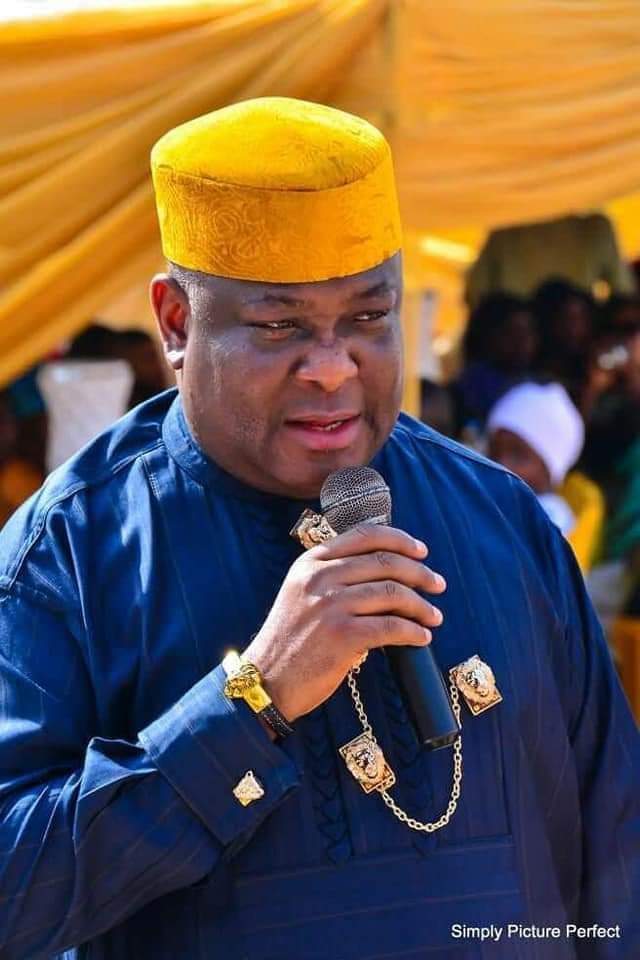 The pedigree and antecedents of Izunaso most especially as it concerns politics has been proven overtime.  His desire to become the Senator that will represent Orlu zone is borne out of passion, selfless service and burden that must be lifted only and when the people begins to enjoy the dividends of good representation. He has never been unwavering in his aspiration, he understands that the people must always come first before power as he sees power as another alternative towards achieving great things for his people. Hence, his philanthropic gestures under the Kpakpando Foundation which has been in existence since 2003 when he was in the House of Representatives and has been kept alive even when he was no longer in public office.

Kpakpando Foundation has brought hope and succor to so many people especially from Orlu zone from human capital development to empowerment down to people oriented projects. These achievements are verifiable and has earned him a place in the heart of the people even those outside the zone. His sojourn into the Senate from 2007-2011 recorded tremendous achievements for the zone and the entire nation and even till date the people are still yearning for his Senatorial representation which reflected in the primary election that saw to his emergence.

Distinguished Senator was one of the pillars of the coalition forces that wrestled power from ex Governor Okorocha. For this sacrifice Imo West and indeed the entire people of the state owe Izunaso a debt of gratitude.

In terms of real experience both in party administration, legislative sagacity and executive workings, Izunaso stands taller than his rivals. In terms of concrete achievements, touching lives and general acceptability, Izunaso clearly carries the day and there is no argument that Orlu Zone has seen the right man and needs not experiment.

A look at the socio-political landscape in Orlu zone today, the people should be aware that 2023 is not the time to gamble or experiment with candidates but look towards the way of Sen. Osita Izunaso as well as the APC and consider him on the basis of achievements, ranking, contact at the federal level and the overt possibility of getting a principal position for Orlu zone.

One of the strongest points going in favour of Izunaso is that this Senatorial project is the product of a people’s goodwill to a matured and dedicated servant. It is a people’s project. Just like what happened in 2007, the people are the propellers of the project. Both the leaders of communities in Orlu Zone and other stakeholders gathered and beckoned on Izunaso to go to the Senate and represent them once more. His support base cuts across party lines and by God’s grace and the people, he will emerge as the next Orlu Zone Senator.

There is so much expectations and so much responsibility. That explains why only an experienced and matured politician like Izunaso can do the job. It is not a job for bow tie wearing rookies or those who dance to the rhythm of folk songs during campaigns.

Covid 19 In Imo: Government Nonchalant Attitude And Expectations From Maurice...

innonews - April 2, 2020 0
BY PRINCE MACDONALD ENWERE With the outbreak of the the deadly novel zoonotic viral infection called Coronavirus or COVID-19,...

innonews - August 13, 2018 0
The Imo chapter of Igbo Youth Assembly leadership have affirmed that the election and adoption of Air Commodore Peter Gbujie (rtd) as their Grand...

2023: INEC Dismisses Report On Abandoning Electronic Transmission Of Result For...

innonews - August 21, 2022 0
The nation’s electoral umpire, the Independent National Electoral Commission, INEC, has said it is false, reports that it has adopted manual collation...