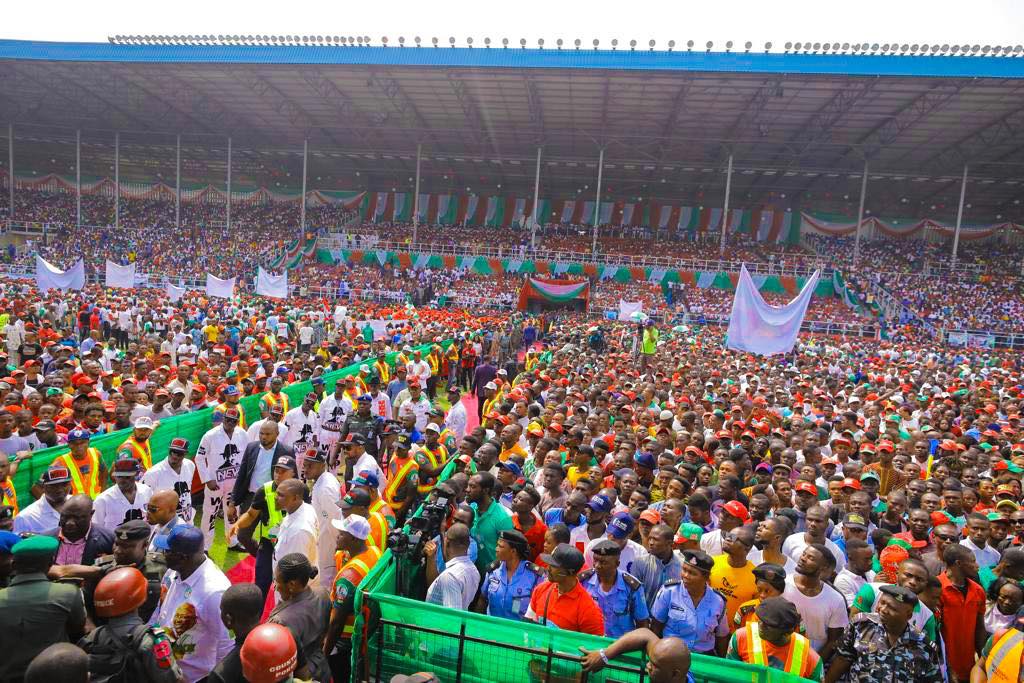 There is indeed a fierce battle ahead, as the 2023 campaign season officially kicks off on September 28, 2022.

The forthcoming elections in the country would be held in the first quarter of 2023.

In Imo State, the eastern heartland, the political contest will be keenly vied for, as candidates seeking for various elective offices have marshaled out plans to kick start campaigns.

Ordinarily, the APC can predictably coast home to victory in Imo State, since the State is a major stronghold of the ruling party in the South East. Political observers argue that Governor Hope Uzodimma has made the APC to be formidable in the State as the ruling party despite challenges of insecurity.

The party is expected to leverage on some of the achievements of the Uzodimma led administration to campaign for its candidates during the season in the State.

However, the Obidients wind which is blowing across the country is also gaining momentum in the State, thus Peter Obi and his LP remains a potential threat as elections draws close.

Two major rallies and the mammoth crowd which participated in the pro Obi events in Owerri recently, are testimonies of the soaring popularity of the party in the State.

The PDP is also expected to campaign hard for its presidential candidate, Atiku Abubakar in the State, despite internal crisis rocking it at the national level. With signs of polarization in the party in the state evident, as a result of political feud between former Governor of the State, Emeka Ihedioha, and PDP National Secretary, Senator Samuel Anyanwu, the PDP is expected to come in one bunch during the campaigns to market its candidates.

What Manner of Campaigns?

Mr. Ernest Akujor, a political analyst told INNONEWS, that it will be difficult for candidates to rule out blackmail and fake news during campaigns.

He however said those candidates and their political parties, who tow this path are those who lack the intellectual capacity to focus on ideas driven or issues based campaigns.

“The norm is for candidates to embark on issues based campaigns. This would enrich the discourse and enable voters to make informed choices during the elections” Akujor said.

The Imo Awareness Coalition, IAC, a socio political group based in Owerri, said it will keep an eye on all the candidates, particularly those jostling for Senate, House of Reps and State Assembly elections.

Emeka Onuoha, Publicity Secretary, IAC, said it’s group will focus on the quality of the candidates and what they have to offer.

“We will focus on the quality of the candidates, and guide the electorate to ensure they make the right choices at the polls. We must enrich the campaigns and ensure candidates focus on core issues and not on blackmail” he said.

He stated that “Section 92 of the Electoral Act 2022 forbids any political campaign or slogan tainted with abusive language directly or indirectly or one likely to injure religious, ethnic, tribal or sectional feelings, thus abusive, intemperate, slanderous or base language or insinuations or innuendos intended or likey to provoke violent reactions or emotion should be avoided”

The social media has been identified as a major campaign ground, ostensibly due to its wide reach. In Imo State, there is no exception. Candidates are expected to use the social media to advance their aspirations.

Onuoha, the IAC spokesman, however expressed worries over the abuse of the social media by elective office seekers.

“The social media has become a verifiable campaign forum, a leveler for all, which regrettably has been grossly abused by politicians and their lackeys, who now use it to peddle fake and adulterated news.

“Over the years, the social media has been the major backbone of most politicians, and has been used as a major effective campaign tool and we hope those who seek for our votes in the State will explore more of it’s advantages” Onuoha concluded.

innonews - September 27, 2019 0
By Constance Eke, Awka. Governor Willie Obiano has reacted to claims in the media the motive why he have...

innonews - December 12, 2017 0
BY DAN OPARA# Imo State Governor, Rochas Okorocha came down hard on his political opponents in the State saying they have nothing to offer. He said...

innonews - September 26, 2018 0
As the 2019 general elections draws near, the United Progressive Party, UPP has continued to record influx of aspirants who want to use the...