Home THE PAM SERIES PAM: The Senate Campaign Is All About Issues 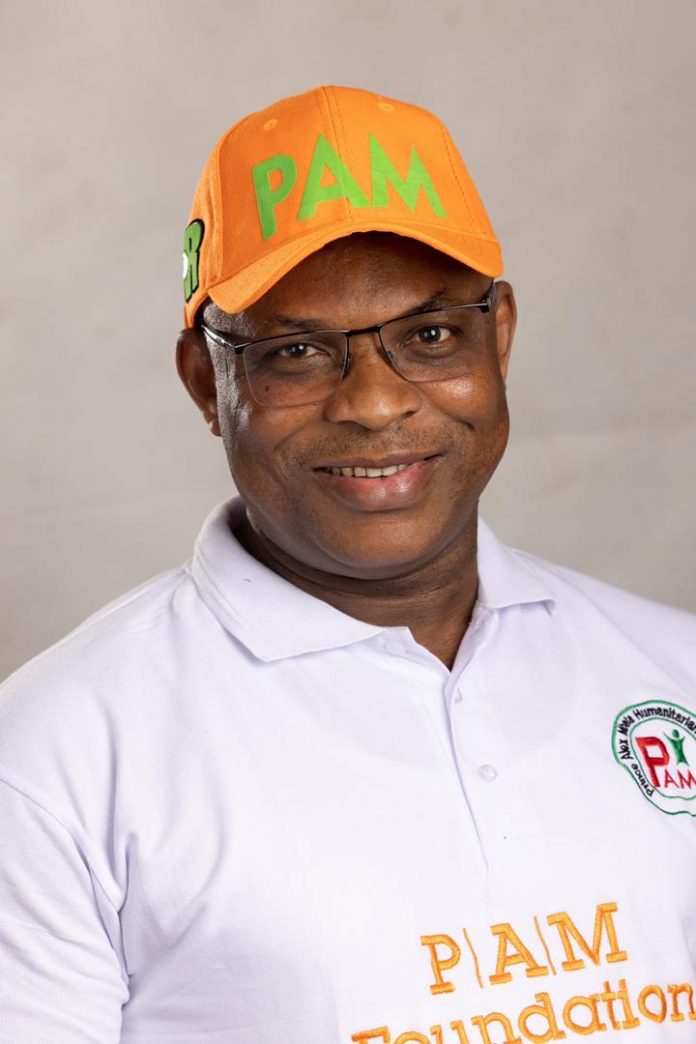 By     Nze James Chinonyerem
Prince Alex Mbata (PAM), the APC Owerri Senatorial Candidate has consistently maintained decorum in his speech and conduct since the declaration of his intentions to seek the mandate of the good people of Owerri Zone as their Senator come 25th February, 2023.

His disciplined posture and finesse of character sprout naturally from his family upbringing, training and exposure. His intentions as he runs for the Senate race are etched in fundamental objectives, principles, ideas, ideologies and philosophy needed to ensure a renaissance in Owerri Zone in all material, social and economic consciousness. To him therefore, these are noble undertakings that should not be reduced to unnecessary jokes, njakiri, abuses, lies and hectoring of opposing views.

No doubt, Prince Alex Mbata is a world class rated and highly reputed entrepreneur, administrator, job provider, community development facilitator, vision bearer with admirable track record of excellence in business and top rate service deliveries. As has always been said about him, his antecedents define and describe his capacities and the new possibilities he will represent and be as the Senator representing Owerri Zone.

Unlike one of the desperate candidates who (mis) regards the race as a physical and verbal combat, who has taken flight from decency and descended into the doldrums of infamy and belligerency in his inordinate ambition to bamboozle the gullible into entrusting him with the mandate. In his desperation, he chose rage over reason, lies over truths in a very deplorable infantile spasms and debasement. He tried to be clever by half and went against the tides to resurrect a dead and decayed issue involving the most respected Archbishop and the surrogate of the Rochas political family. In his contrived memory, he deliberately allowed the devil into his poor narrative and made PAM the centre of the altercations in the church because it was his dear mother’s burial. Nothing could be as mischievous and inelegant more than this tale of lies.

In awarding himself the first position in the race, he neglected the scriptural injunctions that man should not play God. Curiously, no word or narrative was made by him to recite his achievements in the area of helping in the developments of the human and community where he spined his lies or anywhere including his own home community. He chose to forget to mention that Prince Alex Mbata has a signature road that runs from the Protea hotel into his local government in Owerri West. He equally turned blind eyes and deaf ears to the thousands of people the benevolent Prince had empowered and lifted out of poverty lines across Owerri Zone and beyond.

Prince Alex Mbata viewed the diatribe as valueless in considerations of the seriousness the debate for the Senate race demands. He saw it as unhelpful to the aspirations of the good people of Owerri Zone for effective and purposeful representation. He concluded that the Senate race should be about issues on the willingness, readiness and ability of the candidates to present their score cards in the services to the Owerri Zone people.

Indeed, Prince Alex Mbata is right. And he remains the best choice on account of his focus on issues rather than abuses and mudslinging.

PROMOTED: Why You Should Invest In EUC Homes Summer Promo

innonews - April 18, 2020 0
The Covid 19 index case in Anambra State has tested negative to the contagious and deadly disease. Anambra...