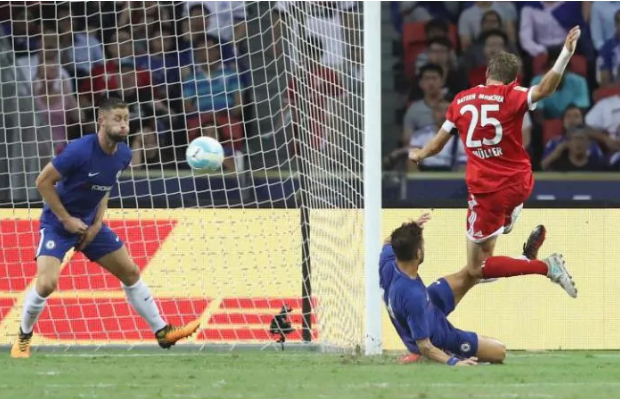 Bayern struck thrice within 27 minutes with goals from Rafinha and Thomas Muller who scored twice.

Alvaro Morata who made his Chelsea debut in the second half put up a fine performance though he was unable to score rather it was Michy Batshuayi who scored the second goal for the Blues.

The defeat in Chelsea’s first since it went on pre season tour to Asia. It had beat Arsenal 3-0 in China and will take on Inter Milan Saturday

innonews - November 12, 2018 0
Santiago Solari, Real Madrid coach will become the club’s permanent coach until the end of the season according to papers filed with the Spanish...

innonews - January 25, 2020 0
BY GREG IWU Despite the defection of nine members of the Peoples Democratic Party, PDP, to the All...