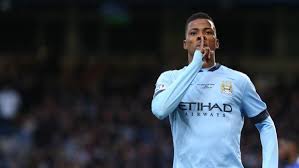 The Nigerian has completed a move to former premier league champions, Leicester City signing a five year deal with the Foxes.

He made his unofficial debut for the team in the 2-1 win over Borrusia Monchengladbach providing an assist for his team’s second goal scored by Jamie Vardy.

He was later substituted after he got a knock.

In a short video posted on his twitter handel, he said a thank you to Manchester city for helping “ reach where I am today, I will remain grateful all my life”

“I want to thank the fans for helping me as well when I’m playing, singing my name, I’m so happy, I will never forget you guys. I will always remain grateful to you guys.

“I will use this opportunity to thank my teammates (former Manchester City teammates) and the manager as well Manuel Pellegrini (former manager) for getting me into the first team and also giving me the chance to play. I will also remain grateful to him.”