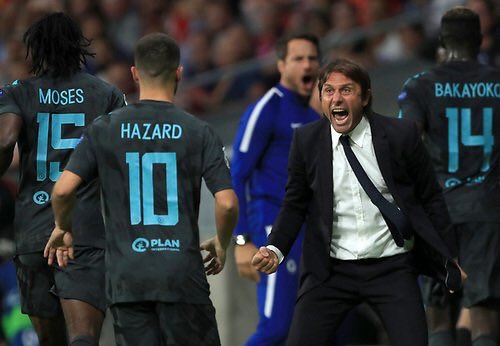 PSG shrugged off a week of controversy to beat Bayern Munich 3-0.  Neymar, who returned to the team after a foot injury created the first goal for his Brazilian compatriot, Dani Alves. Kylian Mbappe found his way to the box and set up Edison Cavani to score past Bayern back up keeper, Sven Ulreich.

Neymar completed the rout for the Lique I giants in the second half.

Chelsea went all out to play strongly against Atletico Madrid as Michy Batshuayi came off the bench to score a late winner as the English Champions won 2-1 in Madrid.

Antoine Griezaman had put the Spanish team in the lead through a penalty before Alavaro Morata equalized in the second half through a header from Eden Hazard cross.

innonews - May 29, 2018 0
PRESS STATEMENT A frontline governorship aspirant in Imo State on the platform of the All Progressives Grand Alliance (APGA), Mr. Okey Ezeh, has called on...

innonews - July 6, 2017 0
Reports reaching this news website indicates that four days to the deadline given to Ahiara Diocese priests by Pope Francis to recognize Mr. Okpaleke...

Fayose: Why I Want To Be President Of Nigeria

innonews - September 28, 2017 0
FULL TEXT OF THE ADDRESS BY HIS EXCELLENCY, DR.PETER AYODELE FAYOSE, EXECUTIVE GOVERNOR OF EKITI STATE DECLARING HIS INTENTION TO CONTEST THE 2019 PRESIDENTIAL...

innonews - July 7, 2019 0
Arsenal and Super Eagles forward, Alex Iwobi, has revealed what his team mates will do before the match against South Africa in...