Home Sport England Take Over From Nigeria As U-17 Champions 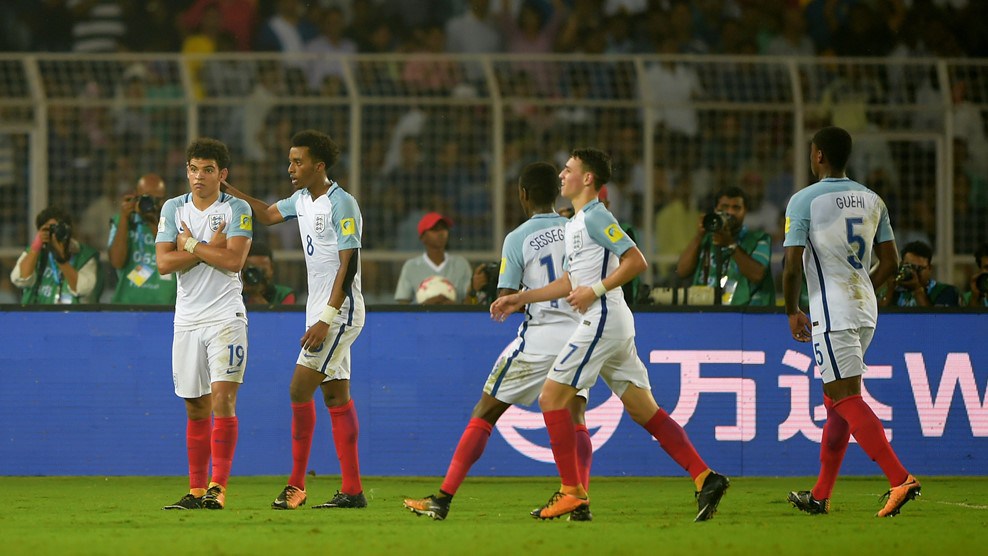 Nigeria’s Golden Eaglets have been dethroned as U-17 World Champions after they beat Spain 5-2 in the final. They came down from two goals down to beat Spain 5-2 and win their first cadet World Cup.

Sergio Gomez with goals in the 10th and 31st minute gave Spain what looked like a healthy lead. England, however, got a lifeline as Brewster reduced the deficit in the 44th just before halftime.

The Young Three Lions came smoking in the second half where they scored four goals but Spain could not add to their tally.

With that, the English lads claimed a 5-2 win that saw them succeed Nigeria who won the 2015 edition.
England interestingly are also the world champions in the U-20 category.

No Plan To Bring Messi, Mbappe To Man.City- Guardiola

innonews - August 25, 2017 0
Manchester City Coach, Pep Guardiola has said there is no plan whatsoever to bring Argentina and Barcelona captain. Lionel Messi to the club. He said...

The Real Pretenders In Imo PDP. BY COLLINS UGHALAA

innonews - February 6, 2020 0
By: Malachy Ukandu There are indications that chieftains and members of the Peoples Democratic Party, PDP are awaiting the...