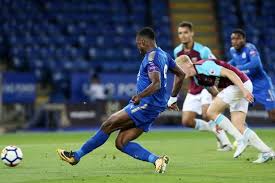 Nigeria teenage striker, Kelechi Iheanacho Tuesday night scored his first goal for Leicester City as the Foxes beat Leeds United in a 3-1 in the English Football League Cup at the king Power Stadium.

The Nigerian also provided an assist to complete the rout.

He joined Leicester City for a record 25 million pounds from Manchester City. Though he has rarely seen regular football for the team in the Premier League, Iheanacho has remained an asset to the Nigerian national team which qualified for the 2018 FIFA World Cup in Russia.

innonews - December 11, 2017 0
BY COLLINS UGHALAA# The All Progressives Grand Alliance (APGA) in Imo State on Monday said that the government of Governor Rochas Okorocha has been spreading...