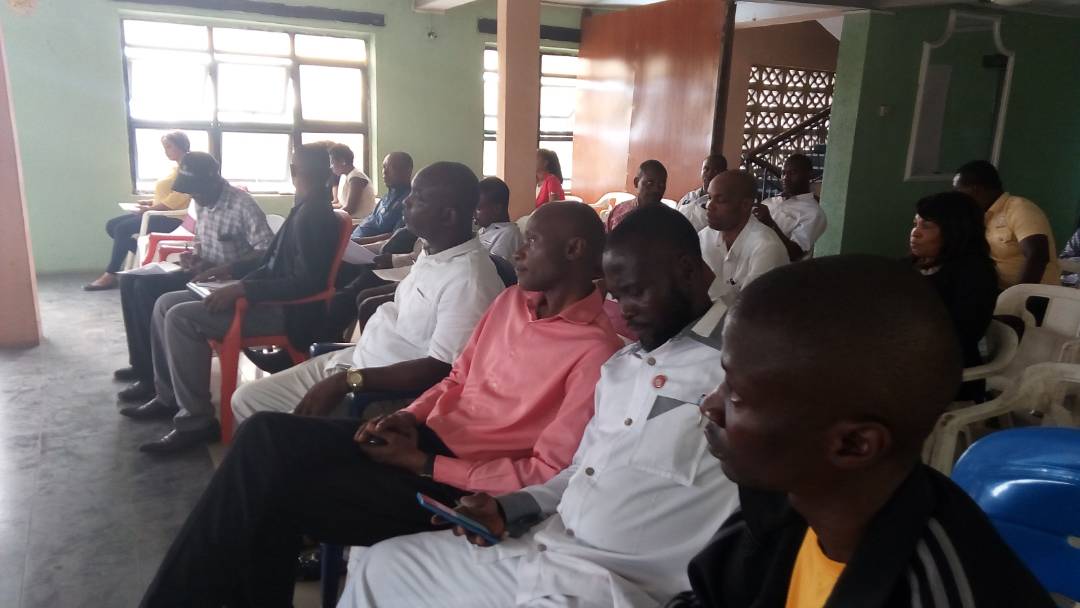 INNONEWS.COM.NG, an online news outfit has been unveiled in Owerri, Imo State capital.

The dignatries commended the innovation describing it as a giant stride in the history of journalism in Imo State.

Imo State Commissioner of Information, Prof Nnamdi Obiareri commended the publisher of the online news outfit, Mr.Innocent Onyekwu for setting up the first online newspaper in the State.

“We commend  you for a job well done. For you to venture into online journalism and establish this outfit shows you must be a serious character” he said

Obiareri assured the Publisher of their support but cautioned that the rules and laws regulating online journalism must be adhered and respected.

In his remarks, Senator Samuel Anyanwu represented by his media aide, Mr.Kelechi Eke said the innovation is worthwhile, describing the publisher as one who has cut his teeth and proved his mettle in the journalism profession in Imo State.

He said Senator Anyanwu is fully in support of the online establishment which he said introduces a new chapter in journalism in the State.

A former Deputy Speaker of the House of Representatives, Hon.Emeka Ihedioha represented by his Chief Press Secretary, Mr.Chibuike Onyeukwu paid glowing tributes to the Publisher whom he said is a credible journalist that has not only proved his worth in the news print media but has taken online journalism to enviable heights in Imo State and beyond.

He said INNONEWS.COM.NG is a reputable online outfit noted for its reliability and accuracy in news reporting and effective coverage of events. He pledged his support to the online outfit.

In his remarks, former Major Majority Leader of Imo State House of Assembly, Hon.Lugard Osuji went memory lane narrating  the antecedents of the Publisher,Mr.Onyeukwu whom he described as a fine journalist.

He recalled that Innocent’s Late Father, Chief Onyeukwu was a veteran journalist of international repute  who nurtured his son in the journalism profession.

He said he has been an active supporter and reader of the online platform noted for its incisive reports and deep investigative journalism.

Osuji commended the innovation being the first online newspaper in Imo State and east of the Niger.

Former Mayor of Owerri zone, Gibson Njemanze (Oyiga) described the online publisher as a son who has proved himself in the journalism profession. He said the online news media is a great innovation being the first in the history of Imo State.

He cautioned the Publisher not to bend the ethics and rules regulating online journalism and be cautious on what goes in and out of the platform.

In his remarks, former deputy governorship candidate of the United Peoples Party, UPP in Imo State and fiery critic, Protus Nathan Uzorma described the Publisher of the online news medium as a fearless journalist who knows his onion in the profession having edited reputable newspapers in the past in the State.

He said the online platform is an enormous achievement in the journalism profession in Imo State considering the level online journalim has attained in the State.

A former Chairman of the Nigeria Union of Journalists, NUJ, Imo State, Chief Fidel Onyeneke paid glowing accolades on the Publisher for maintaining the ethics in the journalism profession right from his days in the profession

Onyeneke said INNONEWS.COM.NG is a dependable and reliable news online platform based on the antecedents of the publisher.

A Chieftain of the PDP in Imo State, Chief Chuks Ajaelu also recalled the antecedents of the publisher and the credbility of the online news platform.

He cautioned the publisher to be cautious of politicians who want to use the platform to score cheap political points.

In his remarks, Mr.Obinna Onyeukwu who spoke on behalf of the Onyeukwu family narrated the antecedents of the publisher whom he said is an astute journalist.

Chairman Imo State Editors Forum, Mr.Eze Adiukwu expressed delight that the publisher who is the Vice Chairman of Imo Editors Forum has introduced another chapter in journalism profession in the State.

The highlight of the event was the unveiling of the website by the publisher.

Why Okorocha Must Not Install A Successor – Onyeagocha

innonews - July 24, 2017 0
A chieftain of the All Progressive Congress in Imo State and a former member of the House of Representatives, Hon.Uche Onyeagocha has explained why...