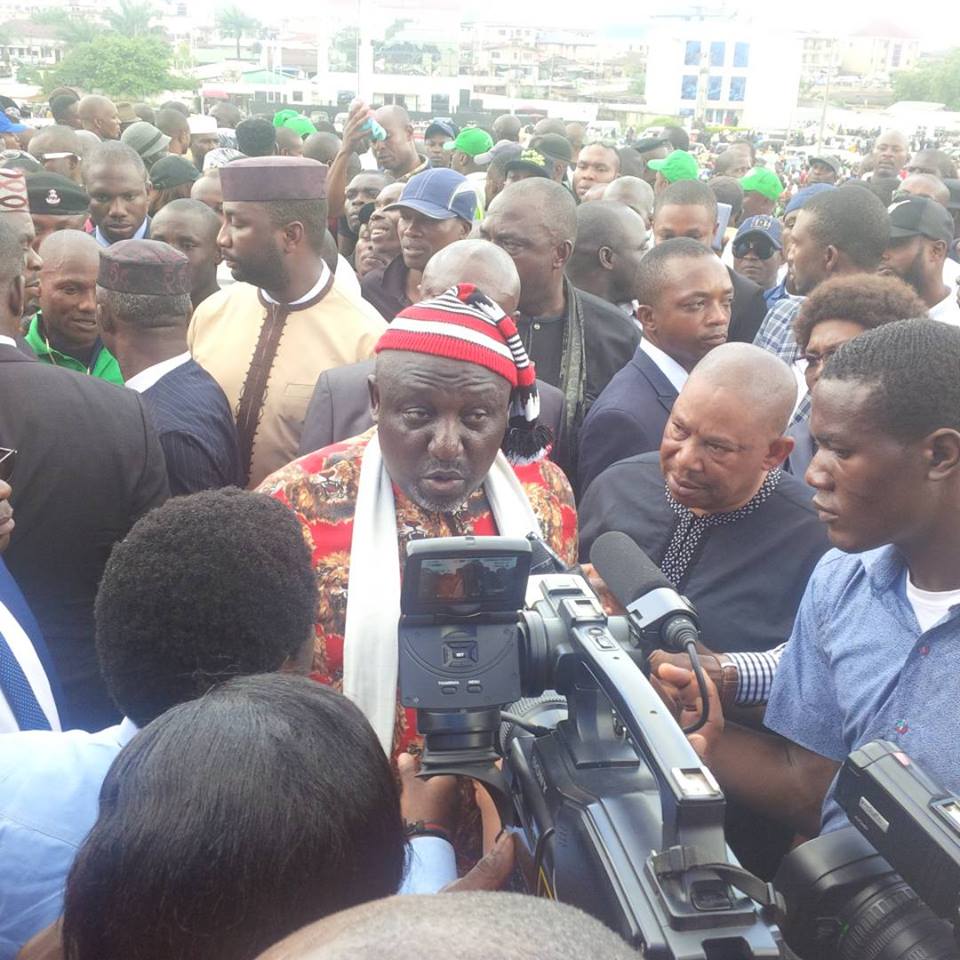 A statement by Chief Press Secretary to the Governor, Sam Onwuemedo reads:

Presenting the budget on Wednesday, December 13, 2017 at the Chambers of the Imo State House of Assembly, Governor Okorocha said “The 2018 budget will not only Consolidate our development efforts but will ensure prudence and efficiency in our expenditure programmes”.

He added “This administration intends to use the limited resources at our disposal to achieve maximum impact. We intend to achieve synergy through collaboration and integration of Programmes and projects at all levels in order to realize our vision of making Imo better. All relevant agencies of government will be strengthened to gear up towards their Constitutional responsibilities to ensure that all programmes and projects are being monitored at all times”.

Reviewing the period before his administration in 2011, Governor Okorocha said “The State was characterized by excessive traffic congestion in Owerri, Orlu, and Okigwe. Insecurity particularly in the areas of kidnapping and armed robbery were highly prevalent across the 27 Local Government Areas of the State”.

He continued “All these Constituted part of the major challenges the administration faced when it came on board in 2011. However these problems have been progressively addressed and drastically reduced”.

His words, “A quick review of our journey since the creation of Imo State 41 years ago will reveal that the achievements so far recorded in Imo State since this government assumed office in 2011 have been remarkable. I give glory to Almighty God for this. It is part of the hallmarks of democracy to unmask the potentials of the citizens and properly channel resources towards economic growth”.

He explained that “The government shall consolidate on the gains already made in areas such as Security and Safety of every Citizen, free education at all levels of learning, completion of all on-going projects, massive road Construction to reach the rural areas, provision of HealthCare facilities, develop the tourism industry, ensure food security, and so on”.

The governor also hinted that his administration has paid Compensations worth over N2.11 billion to land owners at Naze, Irete, Orji. Agum Avu and New Arugo as well as Imo Modern Market Extension Irete. These include traditional rites and Compensatory plots. Meanwhile, additional N233.32 million has been earmarked for payment to other land owners for various land acquisitions in the State”.

In his speech, Speaker of the Assembly, Rt. Hon. Acho Ihim said the Assembly members would continue to work in collaboration with the Rescue Mission government for the good of the State and her people and assured that the members would give the budget the attention it deserves.

innonews - July 1, 2017 0
The Ohaneze Youth Foundation, is set to honour some top Igbo personalities among whom include Dr.Ijeoma Agbonma Kanu, Senior Special Assistant to the President...