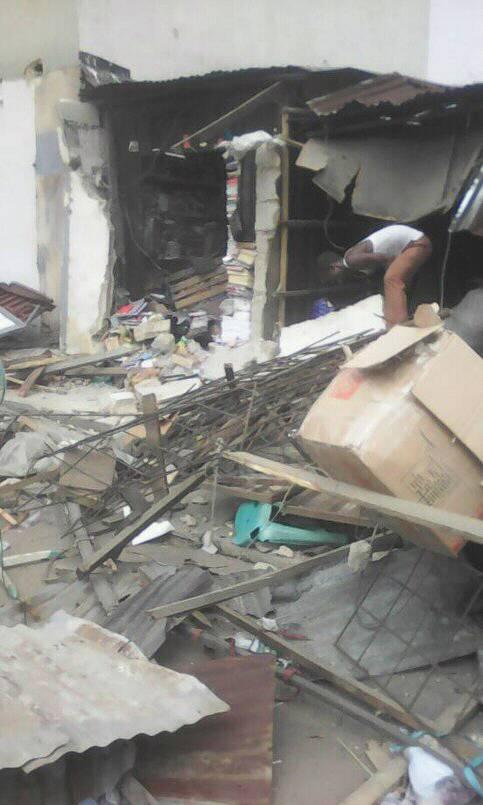 There is tension in Owerri, Imo State capital over clampdown by agents of the Imo State Government on shops owned by individuals along Douglas road, Owerri and adjoining streets close to the demolished Eke Ukwu Owerri market. The Imo State government says the exercise  is part of its ongoing Urban Renewal Programme which has led to the demolition of buildings and shanties.

Some of the victims lamented huge losses they incurred as their goods were clamped on leading to tension in the State capital at the weekend.

Douglas road, a major gateway into the State capital was closed down thus restricting vehicular movements.

Reacting to the development in a statement,a former member of the House of Representatives and

a governorship aspirant on the platform of the All Progressive Grand Alliance, APGA, Hon Uche Onyeagocha expressed regret over the situation, saying “it  is indeed highly despicable that our dear state has now been turned into a jungle where rascality and use of brutal force have become the grand norm in the state”

He said the present administration whose constitutional mandate is to protect the lives and properties of its citizens has unfortunately turned the State into a terror zone thereby declaring war on its citizens.

Part of his statement reads:

“However, it has also been noticed that the prime intention of Governor Ethelbert Okorocha has always been to destroy people’s means of livelihood at a period when parents are expected to pay their children’s school fees. Both EKe Ukwu Owerri market, New market, Mechanic village and other markets in the state were all destroyed by Governor Okorocha towards the end of last year, where people were struggling to raise money to pay house rent, pay children’s school fees and others. This is only to destabilize and render the people hopeless, all in the name of urban renewal program.

“It is only a clueless government like this present administration that does not know that ,all over the world, inner-city roads are not meant to be too wide. Also, it takes only a reasonable government to understand that there is absolutely nothing wrong with Weatheral road and Douglas road. Rather, to reduce the traffic congestion in wetheral road is a matter of fixing Dick Tiger road, Chukwuma Nwoha road, the road from Orji to Toronto to Road safety. Not destroying people’s properties and utility facilities in the name of road expansion” Onyeagocha said.

Some of the victims of the Urban Renewal programme expressed shock over the clampdown on their shops and wares at a period the economy is biting.

There is no official statement from the State Government on this development but it had consistently echoed its willingness to change the face of major cities in the State through its Urban Renewal Programme.

innonews - June 5, 2019 0
A one time governorship hopeful in Imo State, Dr. Kenneth Oparaugo, has suggested to the State Governor, Emeka Ihedioha, how his...

innonews - June 22, 2019 0
Nigeria beat Burundi in their opening game of the 2019 Africa Cup of Nations on Saturday. Gernot Rohr included...

Surgeons Save Life Of Man Whom Hammer Passed Through Neck

innonews - November 14, 2019 0
BY: GRACE UMEH A 35 year old brick layer whose neck was pierced by a hammer has miracously survived.