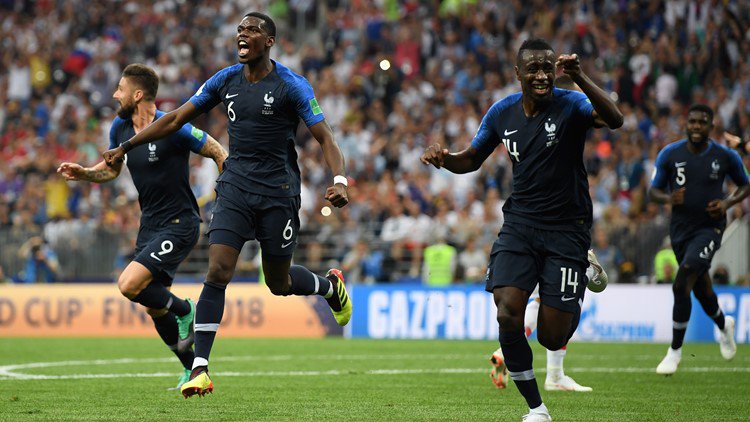 An own goal from Mario Mandzukic gave France the lead in the 18th minute, only for Ivan Perisic to equalize ten minutes later after a deft free-kick delivery from Luka Modric.

Antoine Griezmann restored France lead from the spot kick before the break.

Paul Pogba and Kylian Mbappe put the game beyond the Croats and made Hugo Lloris second half error insignificant.

The referee consulted VAR before awarding the penalty and Okocha told SuperSports, ”I think that’s VAR bang on, it was a clear penalty. referee did not see it because it happened so fast.

”I know you can’t go for a header by raising your hand, but it wasn’t one movement, it was two movements there. ”

innonews - January 10, 2020 0
The All Progressive Congress, APC in Imo State is simmering deeper into crisis, as the return of former Chief of Staff to...

innonews - June 20, 2018 0
There are strong indications that the organized labour in Imo State may have countered a reported solidarity rally by Imo workers for Governor Rochas...