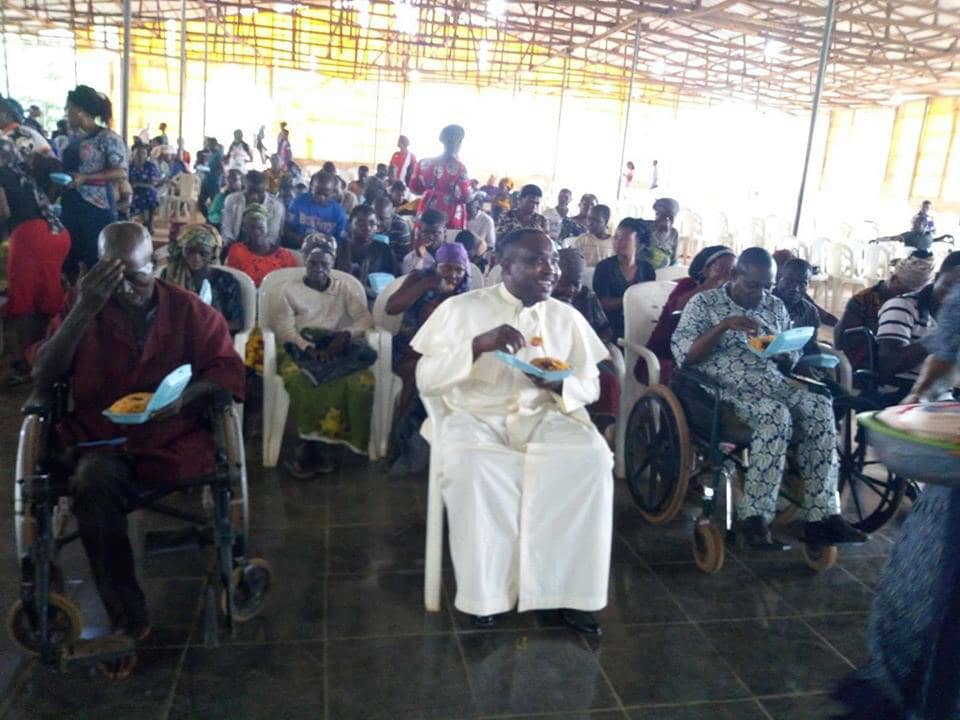 The cleric who also showered gifts on them said he was pushed by the plight of the beneficiaries.

He regretted that well to do individuals in the society have neglected the less privileged and called on them to use their resources to better the loss of the down trodden instead of wasting them on earthly things.

He told the less privileged during the event at the Power House Assembly ground in Abakaliki not to lose hope as according to him God was still remembering them.

“It is not every arm that we render that we publicize. Last Sunday, so many people into this church came  empty and left with N10,000 each and we didn’t take it to the news. But we take this one to the news to move the hand of the well to do people in the society to begin to think
about how to help the down trodden, people who are living with disabilities.

“I also want to move the hand of churches and pastors. We collect tithes and offerings from our congregations, we get richer by the day,
we get mansions. What about the less privileged in the society who are the people God expected us to take care of as churches and ministers, pastors and prophets.

“Let those people that call themselves rich men also think of how to assist the less privileged, those who are living with disabilities and the down trodden in the society not just building mansions, ridding expensive cars and spending money extravagantly. This is where we
should spend our money”, he said.

One of the beneficiaries, Ifeoma Eleagada who is blind said she was begging in the market when someone approached her and told her to come to the Power House that the church want to host the down trodden and she came as was given huge amount of money and food.

“I am very glad, I have never seen this type of gesture since I was born. I am a beggar with my three children and I am not married. I pray God to bless this church and the founder”, she said.

Eleagada became blind when her husband married her as second wife. She left the husband and took to street begging.

I Became A Better Player After I Left Chelsea- Salah

innonews - June 23, 2017 0
New Liverpool signing, Mohammed Salah has revealed that he improved significantly after he left Chelsea for Roma. He said he is returning to the premier...

innonews - January 15, 2019 0
The APC Presidential Council has released schedule of President Muhammadu Buhari’s visit to the 36 States of the Federation.

innonews - February 27, 2018 0
Protocols: I welcome all of you dear party members to this year’s NEC meeting. Let me first record my appreciation to the party leadership in Abuja...