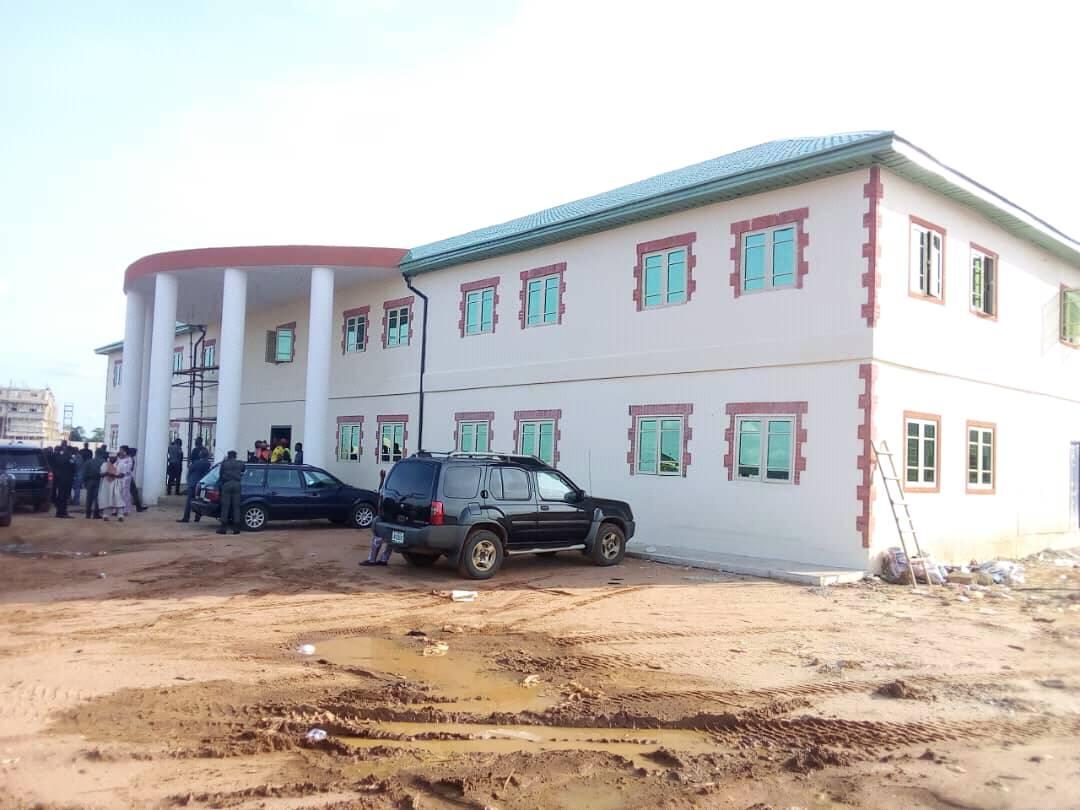 The facility is built by Governor Rochas Okorocha.

Inspector General of Police, Kpotum Idris who is in the State for a summit on security was taken round the site alongside with the Governor and other State Government officials where they expressed appreciation to Avu community leaders for availing a land space for the building of the facility.

Reports said the facility is almost ready for commissioning.

In a related development, Imo State Governor, Rochas Okorocha has advised that the Police Trust Fund should be restructured in a manner that will encourage good spirited individuals to make contributions to the fund.

According  to him, this will enable it achieve the purose for which the Force was established.

According to a statement by his Chief Press Secretary, Sam Onwuemedo,  The governor had made the call when the Inspector-General of Police, Mr. Ibrahim Idris visited him at the Government House Owerri weekend, adding that Nigerians have every reason to Celebrate the Policemen in the Country who have done well despite the limited resources available to them.

He remarked “The Police Trust Fund (PTF) should be encouraged. Constitutionally, Police Personnel are not allowed to donate money or collect money from individuals, but there could be a way to restructure PTF so that good-spirited individuals can also support, because the Police is underfunded by every classification or category of human understanding. This is why we have decided in the Governors’ Forum that there is need to support the Nigeria Police”.

In his speech, the IGP Mr Idris said the Nigeria Police would continue to work and liase with the State Governor, traditional rulers and other stakeholders on how best to ensure maximum security across the nation.

He said it is against the backdrop of the necessity of all hands should be on deck on the issue of security that the Security Summit in the geo political zones is taking place, adding that, for the South East Summit, Imo State was chosen, and for very strategic reasons.

Presidency Will Not Elude South East In 2023- Ohaneze Ndi Igbo

innonews - April 8, 2019 0
In reaction to a statement by Second Republic lawmaker, Junaid Mohammed that the Presidency would elude the South East in 2023, Ohaneze...

innonews - February 17, 2021 0
The Association of South East Town Unions, ASETU, has declared that the 2021 Ohanaeze Ndi Igbo election failed short of expectations of...

innonews - November 21, 2019 0
Mr Syracuse Okoro, representing Ohaji/Egbema constituency in the Imo House of Assembly on the platform of Action Alliance (AA), has ...