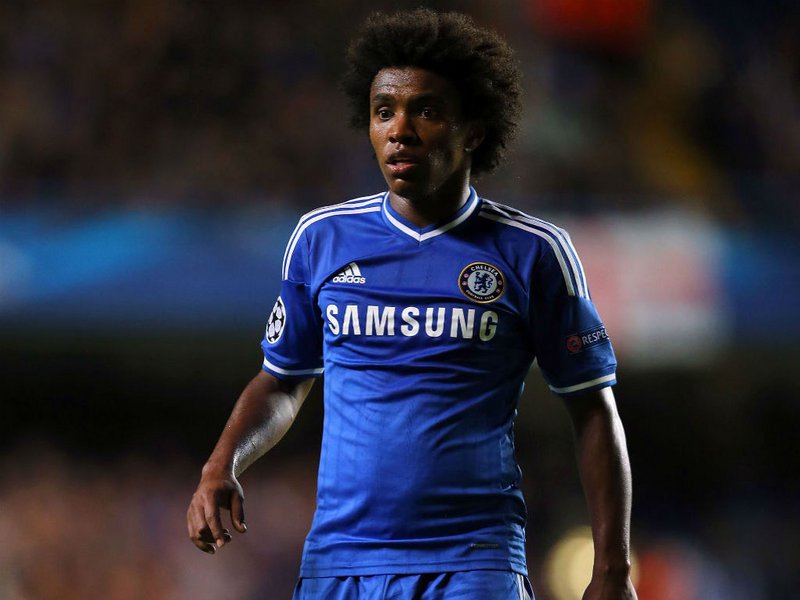 The absence of Brazil star and Chelsea play maker, Willian from Chelsea training has sparked fresh rumours of a possible exit of the Brazilian from the London club.

He was not sighted at Cobham training ground on Tuesday ahead of Chelsea’s International Cup tie with Arsenal on Wednesday.

The 29-year-old was supposed to report to the Blues’ training last Friday but is still nowhere to be seen.

The Times report that Willian is claiming a passport issue as the reason behind his absence.

The report also claimed that Chelsea’s sources are worried that Willian’s situation is very similar to what Diego Costa told them last summer before demanding a move away.

Willian who is a close friend of Costa and represented by the same agency was linked with Barcelona and Manchester United before the Madrid bid.

However, while the likes of Ruben Loftus-Cheek arrived back at training before their scheduled return date, Willian is nearly a week late.

Speaking to Brazilian TV show, Esporte Espetacular, when asked this week if he was leaving Chelsea, Willian said: “No, I’m back to England.
“I’m very happy at Chelsea, I’m very happy living in London.”

innonews - October 16, 2018 0
President Muhammadu Buhari on Monday met behind closed doors with Governors Rochas Okorocha of Imo and Aminu Masari of Katsina States at the Presidential...

innonews - June 6, 2018 0
BY TONY UDEH. It was all fireworks yesterday in Imo APC as Governor Rochas Okorocha this time directed his attack on the party’s National Chairman,...