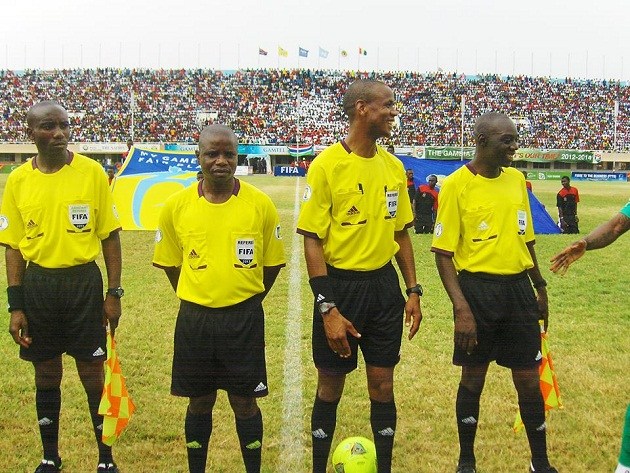 The Nigerian Referees Association is set to hold its promotional examination scheduled for 18th August, 2018.

A statement by Kelech Mejuobi, National Publicity Secretary, NRA, the examination takes place in all the State councils in the federation including the FCT.

All arrangements for the smooth conduct of the 2018 Promotion Examination of the Nigeria Referees Association, NRA, scheduled for Saturday, 18th August, 2018 have been concluded.

The examination takes place in all the state councils in the federation including the FCT.

According to a directive from the General Secretary of the NRA, Prince Moruf Oyekunle Oluwa, necessary logistics have been put in place adding that the National Secretariat will be monitoring proceedings.

The President, Otunba Tade Azeez while commending the Grading and Assement Committee of the NRA led by the Vice President, Dave Egho admonished the candidates to be mindful of the regulations guiding the exams.

Otunba Tade revealed that the Association will not condone any attempt by candidates(s) or councils to disregard the exam regulations for this year’s edition by stating that the exercise is the beacon of moulding the new generation of Nigerian referees.

President Tade used the opportunity to wish the exam candidates best of luck.

An estimated number above 400 will be part of the exercise involving Referees in Training, RITs to Grade Three, Grade Three to Grade Two and Grade Two to Grade One.

innonews - September 27, 2017 0
Senators from South Eastern Nigeria Tuesday met with President Muhamamdu Buhari over the rising tension in the region over the activities of the Indigenous People of...