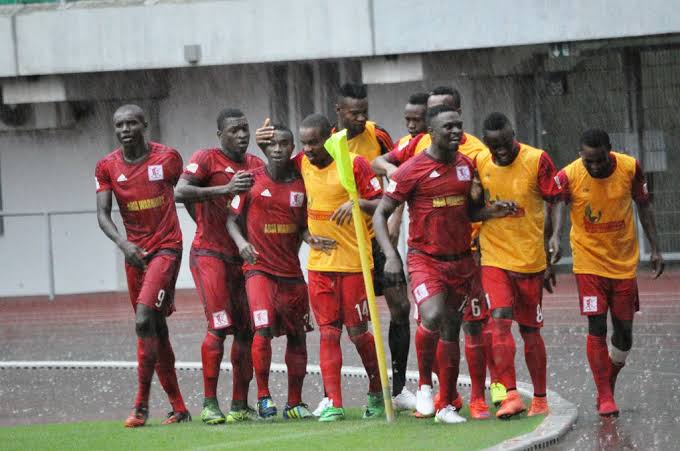 Top League Clubs in the South East and South-South region of the country are expected to participate in the 2018 edition of the Southeast/South South pre-season tournament.

The tournament which has been slated to take place from  4th November to  8th November 2018 will be played at the newly refurbished Pa Oruta Ngele Stadium Abakaliki, Ebonyi State capital.

The tournament is to be hosted by Cynosure FC Abakaliki in conjunction with the Ebonyi State Ministry of Youth and Sports.

Others are Rangers international FC of Enugu,  Akwa United of Ụyọ, and the host team Cynosure FC of Abakaliki.

Also, Nationwide Division One League club, SKE FC of Port Harcourt and Patriot FC of Enugu have confirmed their preparedness to compete in the tournament.

The tournament is intended to help the clubs in the South East and South South region prepare adequately for the 2018/2019 season which is expected to commence in 14th November.

Chairman of Cynosure FC, Prince Chidiebere  told journalists in Abakaliki, that all is set for the tournament.

He commended the State Government for partnering with the club to host this year’s edition of the tournament.

The club boss also promised visiting teams of adequate security and hospitality from the government and people of the State.

innonews - November 14, 2017 0
A new twist has emerged in the ongoing fued between some Local Government Chairmen of the All Progressive Congress, APC and Imo State Governor,...

innonews - November 16, 2017 0
The leadership tussle in Imo State chapter of the Peoples Democratic Party,PDP may be over following a ruling by an Owerri High Court which...

innonews - October 12, 2018 0
*By DESTINY Isinwa* The management of Federal Polytechnic Nekede Owerri, Imo State have inaugurated the new leadership of Students' Union Government(SUG) in the institution. The previous...