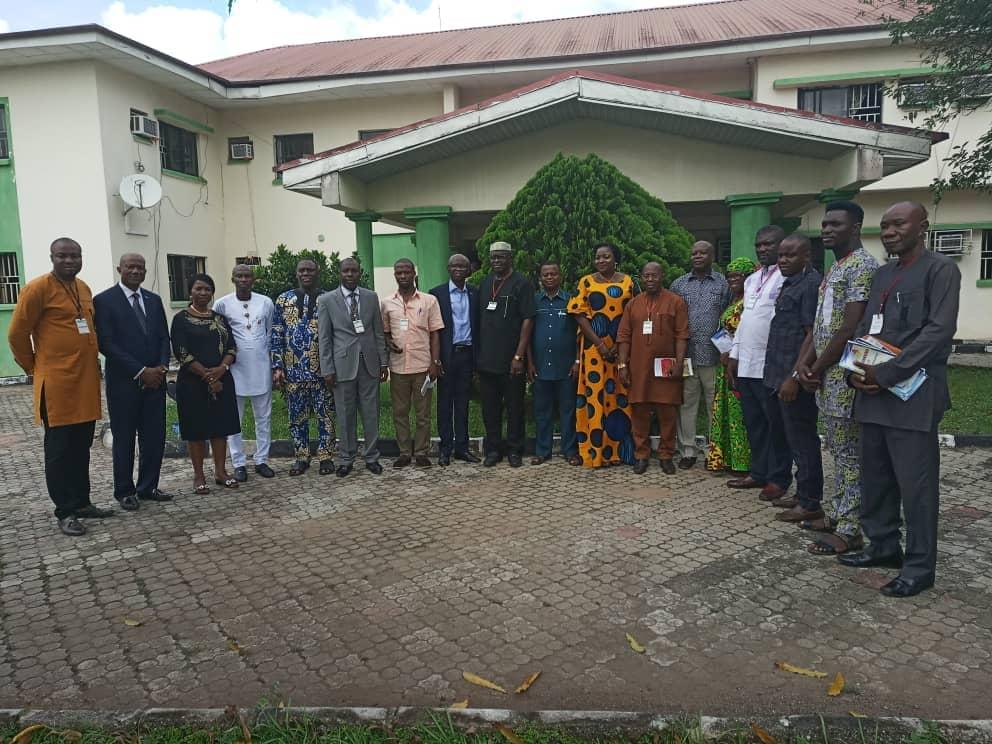 About 500,000 registered voters in Imo State are yet to collect their permanent Voters Cards.

This shocking revelation was made by the Resident Electoral Commissioner, REC in Imo State,Prof Francis Chukwuemeka Ezeonu when the Amalgamation of Imo Professional Bodies and Associations held a crucial meeting with the INEC boss in Imo State in Owerri

AIPA is made up of notable professional bodies, civil society organizations in Imo State and is led by Chief Emeka Diwe.

According to the REC, INEC, Imo State, he  said the commission is worried on the lukewarm attitude of the people towards collecting their PVCs.

“We are not happy with the “less concern” attitude of the electorates in Imo towards the issues that affect them. As at today, more than five hundred thousand persons are yet to collect their PVCs and this is giving the Commission serious concern” he said.

He said there is need for groups such as AIPA to educate its members of political parties on the need to elect the right candidates, just as he expressed happiness that the votes will now count during elections.

“As you are aware, the votes now count, that is why politicians now resort to vote buying.INEC is the umpire and must be seen to be fair to all parties. The masses have been so impoverished that they can be bought with 1000 naira to vote for  the wrong candidate” he said

Speaking on AIPA’s visit, he  commended the leadership of the group and urged them not to relent.

Earlier in his remarks, leader of the group, Chief Emeka Diwe informed the INEC REC that the group embarked on the visit to familiarize with the electoral umpire and seek for partnership to ensure a free, fair and credible election in the State.

He said the partnership groups with AIPA have gone to the grassroots to mobilize the people to take part in the forthcoming elections in 2019 to choose a credible Governor for the State.

2019:How Next Imo State Governor Will Emerge- AIPA

innonews - July 12, 2020 0
The Imo State Government has reacted to the judgement of the Federal High Court, Owerri, which sacked from office the 27 Interim...