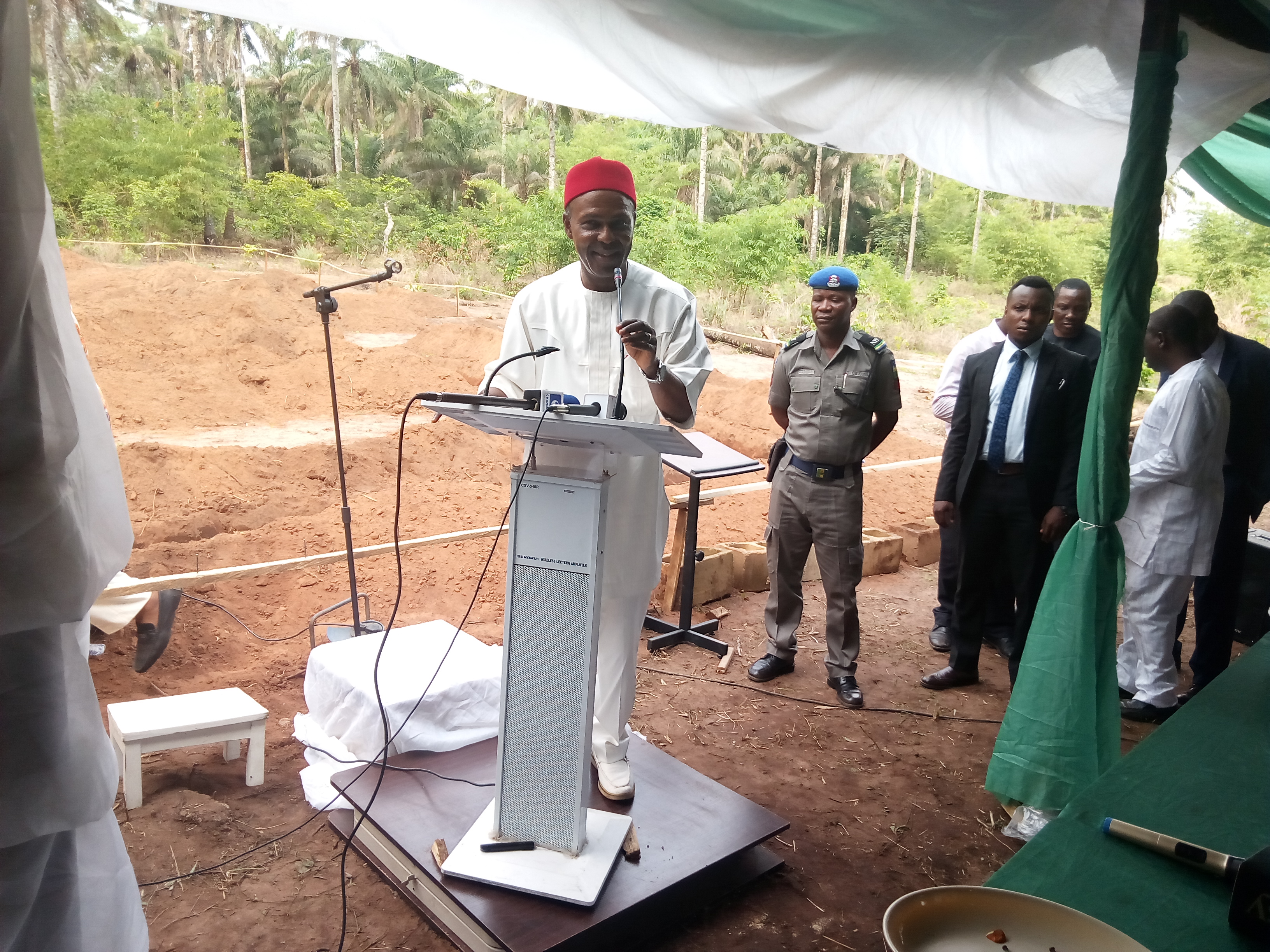 Minister of Science and Technology, Dr. Ogbonnaya Onu on Friday, 22nd March, 2019, laid the foundation for the take off of Bioresource Development Centre, and South East Zonal Centre of Nigeria Institute of Leather and Science Technology (NILEST).

Performing the foundation laying ceremony at Okwudor in Njaba Local Government Area of Imo State, Onu said NILEST is an institute that will undertake training on leather technology.

He said the Institute when fully operational will contribute to national development. He enumerated the gains of leather technology in the country which he noted will compete favourably in the global economy.

The Minister said it is also part of Federal Government’s commitment to enhance and improve the leather industry which will significantly contribute in reducing Nigeria’s dependence on oil and gas.

Onu noted that it is also part of the Buhari administration commitment to boost leather development which will add up to efforts to diversify the nation’s economy, revealing that efforts are ongoing to link the Institute to the Bank of Industry just as he advocated for a Science and Technology Bank to aid in funding technology in the country.

He called on the host community to protect the two projects, adding that it is a reflection of the commitment of the Buhari administration to give the South East a sense of belonging.

According to him, the Bioresource Development centre in the South East will lead to creation of jobs and carry out workshops in addition to providing laboratories for students to carry out research.

In her remarks, the Acting Director General, NILEST, Mrs Eucharia Opara, said when the centre comes on board and begin the process of manufacturing, Nigerian leather would compete with Italian and other leather brands in the world. She said this will aid in helping the nation to be self reliant.

Speaking at the event, the traditional ruler of Okwudor Autonomous community, Eze(Barr) A.E.A Duruwuru said the foundation laying ceremony of the two projects is in furtherance of the Buhari administration desire to cite key projects in the South East.

The Member representing Njaba State Constituency in the Imo State House of Assembly, Hon Uju Onwudiwe commended the Minister for attracting the project to the South East stating that the host community is committed in sustaining the eventual take off the project.

Among dignitaries who witnessed the event include Senator Osita Izunaso, traditional rulers across the State and many others.

innonews - December 30, 2018 0
This is the concluded part of Imo Guber Series conceptualized and written by innonews.com.ng. The links of the first, second and third...

Buhari Speaks On Appointment Of Zakari As INEC Head Of Collation...

innonews - January 4, 2019 0
President Muhammadu Buhari has spoken on the appointment of her relative, Mrs Amina Zakari as Head of Collation Centre for the 2019...