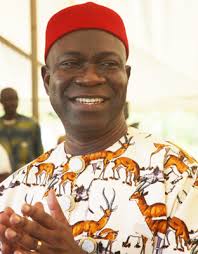 Senator Ahmed Lawan, (APC, Borno) has been elected President of the 9th Senate.

However, Deputy Senate President, Ike Ekweremadu is being nominated to run for the post again

His nomination is coming as a surprise to many as he has accepted  to work with Lawan who had been elected Senate President.

The PDP had endorsed Senator Ali Ndume for the Senate Presidency.

With the margin Lawan had over Ndume in the race for the Senate Presidency, there are feelers that PDP senators may have disobeyed the party’s order to vote for Lawan.

innonews - January 7, 2022 0
The worrisome condition of roads in Imo State has continued to cause pain and untold hardship for the people who ply these...

innonews - March 25, 2018 0
A middle aged man has reportedly exhumed the corpse of his late father pave way for the expansion of a road in Owerri, Imo...