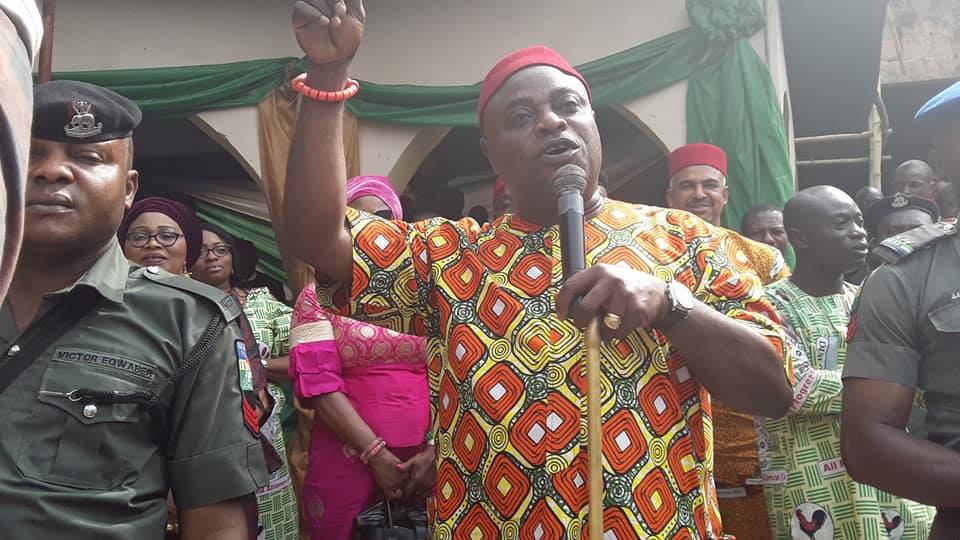 Oye’s reaction came on the heels of allegations leveled against him by former national chairman of the party, Senator Victor Umeh in a well circulated letter to Governor Willie Obiano, accusing him (Oye) of financial impropriety, especially during October 2018 primaries of the party.

Speaking to newsmen in Awka, Oye said the current crisis rocking the leadership of the party is a smokescreen orchestrated by persons so desperate for the 2022 governorship ticket of the party in Anambra State.

He also spoke on the recent national convention of the party.

According to him, senior officials of INEC officially re- elected him and other national officers, in accordance with the party’s extant rules.

The INEC chairman was represented by a director, Prof. Anthonia Simbile, two assistant directors, and one Head of Administration. We had 1650 delegates drawn from all states and geopolitical zones of the federation. “We also approved a new party constitution, as approved by the NEC and Convention. The Convention of the party is our highest decision making organ and it implies that any decision taken by the Convention supersedes whatever other decisions taken by any other organ of the party,” Oye emphasised.