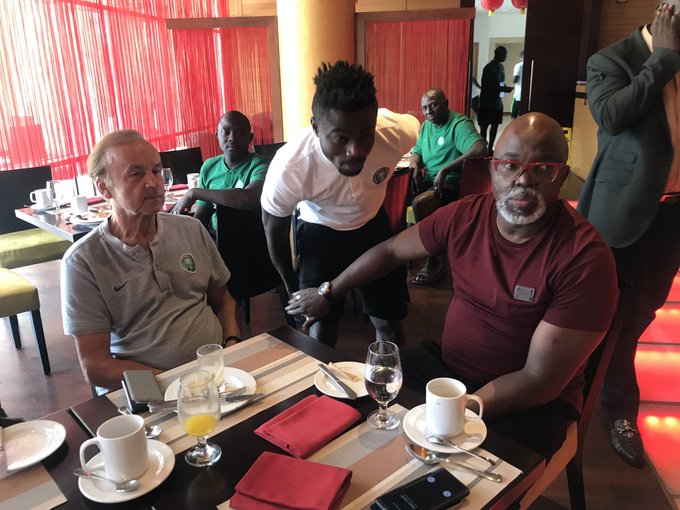 Super Eagles coach, Gernot Rohr will embark on a refresher course at Bayern Munich after the ongoing Africa Cup of Nations, AFCON.

In a tweet with respected journalist, Osasu Obayiuwana, he said he has no plan to relieve Rohr of his duties despite crashing out of AFCON.

The tweet read“Gernot Rohr will not be sacked as Super Eagles coach. He will remain in the job. I have confidence in him,” the NFF president said to @osasuo on Monday night. “Gernot Rohr has taken us to the semifinal, the target we set for him,” Pinnick added.

“There are some people that have been calling on me and the federation to sack Gernot. But I am not going to do that. In fact, Gernot is going on refresher training period with FC Bayern after the AFCON 2019. We have a long-term plan with him.

innonews - July 7, 2020 0
It is no longer news that Distinguished Sen. Hope Uzodimma, the Imo State Governor took over a failed State. A State misgoverned...

innonews - April 27, 2021 0
- EMEANA HARPS ON PROFESSIONALISM- WE ARE IMPRESSED WITH QUALITY OF MINDS ASSEMBLED - NWADIKE The People's Democratic Party...