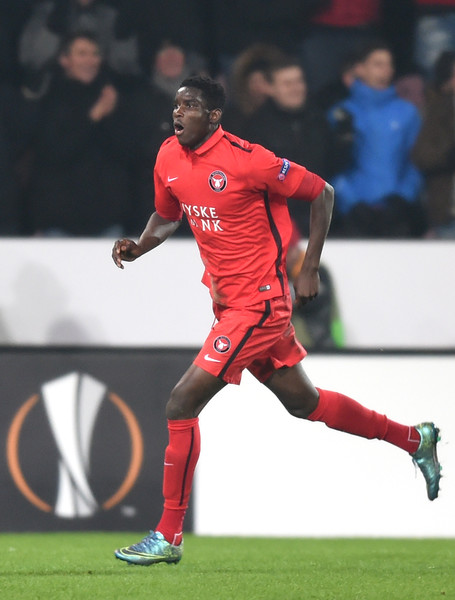 Club Brugge made a 5 million pounds bid for the Nigerian

According to Completesports, the Belgium giants are interested in signing the 25-year-old from Midytlland in this summer transfer window.

The newspaper is reporting that Brugge manager, Phillipe Clement is keen on signing Onuachu this summer in a bid to bolster his squad ahead of next season.

Onuachu was part of the Super Eagles squad that finished third at the Africa Cup of Nations (AFCON) in Egypt.

The former Ebedei star was impressive for Midytlland last season. He scored 14 goals in 39 league appearances for the Danish club last campaign

innonews - May 11, 2019 0
Manchester United have confirmed midfielder Ander Herrera will leave the club at the end of the season, MySportDab reports.

innonews - June 26, 2021 0
Former member of the House of Representatives, Hon.Thankgod Ezeani, Phd, has commiserated with the member representing Oguta State Constituency in the Imo...