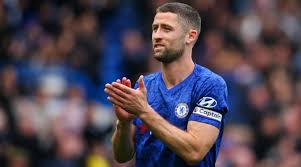 Former Chelsea captain, Garyy Cahill is on the verge of e being signed by premiership club, Crystal Palace

According to the Telegraph, Crystal Palace emerged favourite after winning the race ahead of Arsenal to sign the 33-year-old experienced defender.

Cahill has been available on a free transfer after leaving Chelsea at the end of last season.

The 33-year-old also drew interest from West Ham United and Aston Villa in the past few of weeks.

innonews - January 3, 2019 0
Ejike Mbaka, a Reverend Father and Spiritual Director of Adoration Ministry, has revealed why he endorsed President Muhammadu Buhari for re –election...

innonews - February 19, 2018 0
The Imo State Police Command has paraded five persons suspected to have allegedly sold a two months old baby. The suspects who were paraded at...

innonews - August 17, 2021 0
The leader of  Committee for World Peace, and Global Prolife Alliance, Dr Phillip Njemanze has opposed some sections of the VAPP  bill...

Okorocha: I Will Give Imo State The “Holy Spirit”, Proactive Successor...

innonews - July 5, 2017 0
Imo State Governor, Rochas Okorocha has promised to give the people of Imo State the “Holy Spirit” and a proactive successor when he leaves...

innonews - October 24, 2022 0
The Peoples Democratic Party (PDP) has been asked to apologise to the people of Imo for its criminal connivance to breach the...