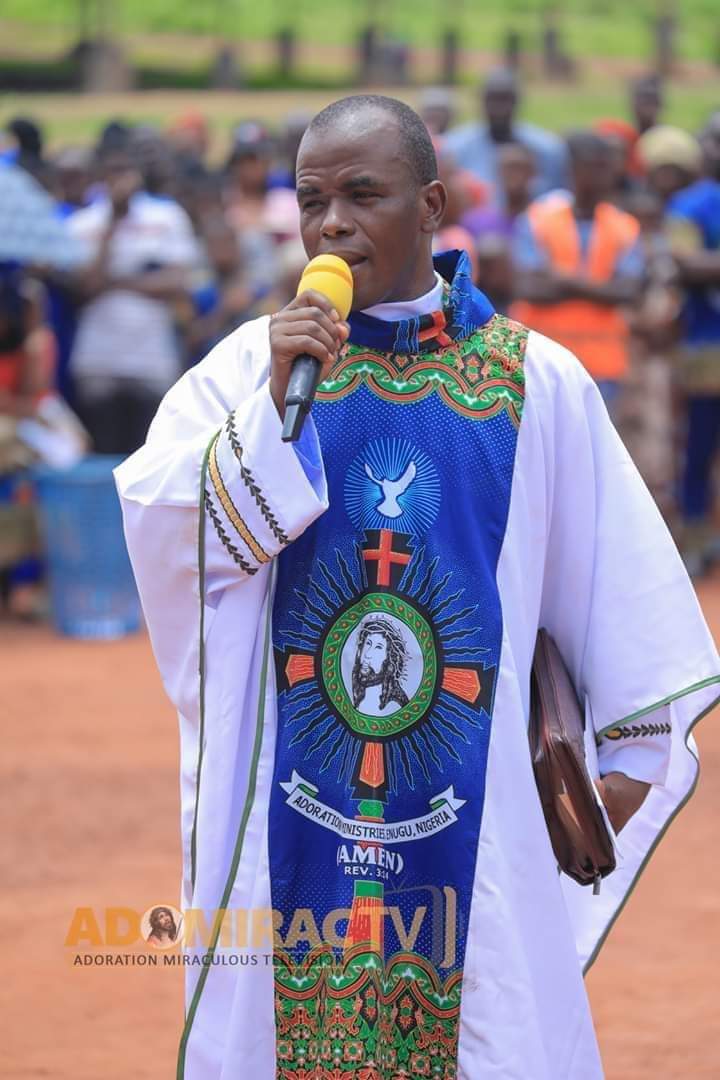 The Spiritual leader of Adoration Ministry, Rev.Fr.Ejike Mbaka has denied media reports where he was reported that he said God is angry with President Muhammadu Buhari.

The social media has been abuzz that he prophesied that there will be dark cloud in Nigeria and thereafter a massive rainfall and thunder will hit the nation on October 1st particularly in Aso Rock.

In a statement on Monday, the fiery cleric described the report as the handiwork of his enemies.

Mbaka said “please fellow children of God, help me to tell the world that, I, Rev.Fr.Mbaka Ejike Camillus never prophesied anything about 1st October

“That is not from me.I have not told anyone, at any time or place that I will resign from priesthood by 1st October.

“That is the handiwork of my demonic enemies.

“I don’t hold Adoration Ministry on Thursday as the story claims and I never at any time told anyone that heavy rain will fall upon Aso Rock and that God is angry with President Buhari.

“Those spreading media report is a wicked character assassination from the accursed demonic agents of darkness.

“I never prophesied anything about 1st October nor against Mr. President. Why are people attracting curses and God’s vengeance upon themselves” he said

innonews - September 15, 2018 0
Foremost activist, Comrade Chidozie Orujuba, has officially joined the race to represent Ideato North Constituency in the Imo State House of Assembly on the...

innonews - August 19, 2017 0
Serial governorship hopeful on the platform of the All Progressive Congress, Senator Ifeanyi Araraume has inaugurated his fan club in oil rich Ohaji/Egbema local...