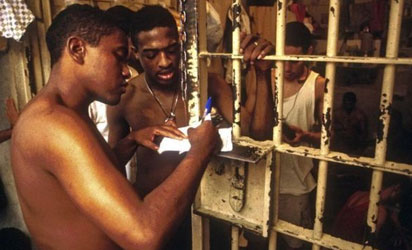 Worried by the effect of the offensive and foul odour that emanates from the premises of the Nigeria Prisons Services, Imo State Command located at the Government House roundabout, Owerri, Newspapers Editors in the Sate have urged the federal government and the State Governor, Emeka Ihedioha to intervene.

The Editors under the aegis of Forum of Imo-Based Newspaper Editors (FINE) noted with dismay the rate at which the foul odour projects the state in bad light during their recent courtesy visit to the Nigeria Prisons Service in Owerri, Imo State

In a statement signed by the Forum’s Chairman and Secretary, Comrade Eze Adiuku and Elder Chigozie Uzosike respectively, they however lauded the efforts by the Rt. Hon. Emeka Ihedioha led government to clean up the Prison facility

The Forum urged the federal and state governments to take urgent step to decongest and equip the Owerri Prison, which has already exceeded its initial capacity of about 545 inmates by providing logistics, vehicles, and building other yards at Orlu and Mbaise areas of the state.

They lamented that the over 2000 inmates in the Owerri prisons are part of the reasons the facilities are over-stretched.

The members of the Fourth Estate of the Realm urged the Governor of Imo State, Rt. Hon. Emeka Ihedioha to make lands available for the decentralization of the Owerri Prisons, explaining that if the Governor partners with the Federal Government in this direction, it will help to decongest Owerri Prisons, thus put an end to the offensive odour that overflows to the roads adjoining the prison facility.

According to them, the Governor should put facilities in place at the new Prisons built along Port Harcourt Road Owerri as it will help to decongest and free the Owerri prisons from the pressure of overflowing sewage system.

The Newspaper Editors called on the judiciary to ensure quick dispensation of justice, especially those on awaiting trial.

“Information available to us has it that those awaiting trial are more than those convicted and since reformation programs are not for those Awaiting Trials but for those convicted, it becomes difficult to continue serious programs that will help in reforming inmates.

“We therefore urge the judiciary to expedite action in evacuating those awaiting trial by quick dispensation of cases,” the statement read

Ohaneze: Northern Youths Threat Will Not Be Swept Under The Carpet-

innonews - June 13, 2017 0
Ohaneze Ndi Igbo has said the threat by Northern Youths Coalition to force Igbos out of Northern Nigeria would not be swept under the...