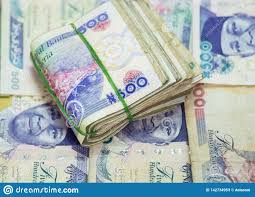 The Basic Health Care provision (BHCF) as approved by President Muhammadu Buhari will fetch Imo State three hundred and one million naira only.

The monies is part of N6.5 billion naria from the Basic Health Care Provision Fund (BHCF) given to 15 States and the Federal Capital Territory.

Minister of Health, Osagie Enahire who made this disclosure in Abuja said the National Health Act 2014 created three gateways for disbursement of the BHCF.

The Minister said the National Health Insurance Scheme is to get 50 percent of the fund and the National Primary Health Care Development Agency (NPHCDA) gets 45 percent, while the Ministry of Health will receive 5percent for outbreaks and emergency responses.

A breakdown seen by this newspaper shows that Kano State received the highest allocation with N948 million, followed by Lagos and Katsina with N672 million and N638 million.

It is expected that the State Health Insurance Schemes would benefit from the NHIS share to “purchase a Basic Minimum Package of Healthcare Services for all participating Nigerians.”

Though, the sharing formula of the funds was never provided in the document.

FCT and Bayelsa are the lowest recipients with 118m and 116m respectively.

“You may recall that the BHCPF is the fundamental healthcare funding provided by the National Health Act and was included in the national budget for the first time in 2018 since it’s enactment in 2014.

“The BHCPF is targeted at providing adequate care and services mostly for the vulnerable population at the Primary Health Care (PHC) level, so as to reduce out-of-pocket expenses.

“The BHCPF provides for not less than one per cent of the Consolidated Revenue for healthcare funding.

“When passing the 2018 budget in May, the National Assembly earmarked N55 billion for the BHCPF, as stipulated by the Act. Funds from donor organisations and other sources also form part of the BHCPF.

Shocking Details Of Malnutrition Among Children In Imo Revealed

innonews - August 30, 2019 0
*Civil Society, Media Call For Adequate Investment in Nutrition The rate at which malnutrition has continued to rear its...