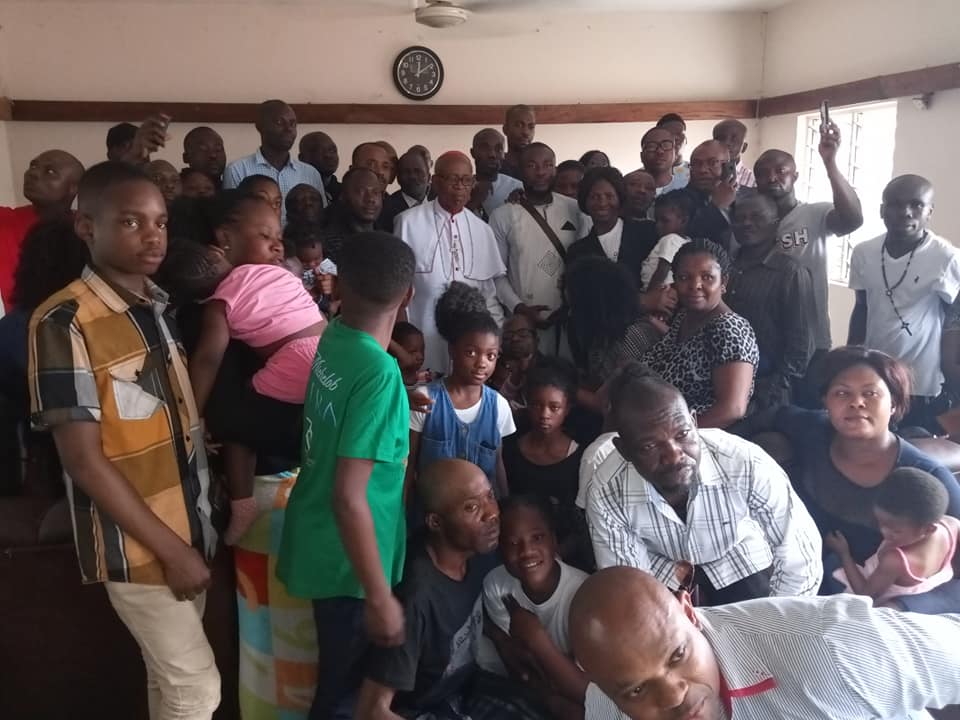 Imo State indigenes who were part of the returnees from South Africa were hosted by the Catholic Archbishop of Owerri, His Grace, Archbishop Anthony Obinna.

The Cleric told the returnees numbering over 40 adults and some minors to thank God for their safe arrival to the country from South Africa after escaping the xenephobic attacks in the Southern Africa country.

He described their situation as most unfortunate, which he said reminded him of the civil war. He said what is paramount is that they returned from that country alive and could start their businesses and life afresh. He sued for support from Government and charitable Nigerians.

Archbishop Obinna called on Engr. Gerald Irona, Imo State Deputy Governor, on phone to inform him of the returnees visit to his office. He assured them that the state government has assigned a team to see to their welfare and instructed Rev. Fr. Dr. Gerald Njoku of the Justice, Development, Peace and Caritas Commission, JDPC Director of Owerri Catholic Archdiocese, to work on behalf of the Church with the government to ensure that the returnees were properly catered for.

Spokesperson of the returnees, Martins Ifeanyichukwu, from Owerri West thanked Archbishop Obinna and called on him to use his good office to reach to the State Government to assist them settle down with financial supports as majority of them do have entrepreneur skills.

Ifeanyichukwu explained that on arrival at Nigeria High Commission office in South Africa, the returnees numbering over 700 were informed that their various state governors have been asked to support them upon returning to Nigeria. He said that they had visited Prophet T. B. Joshua at his Lagos Church and he prayed for them, supported them with food commodities and some amount of money.

INTERVIEW: “Uche Nwosu As Governor Will Take Imo State To The...

innonews - April 21, 2018 0
Hon. Justice James Okereke is a leading politician in Imo State. He began his sojourn in politics as a Supervisory Councillor in the then...