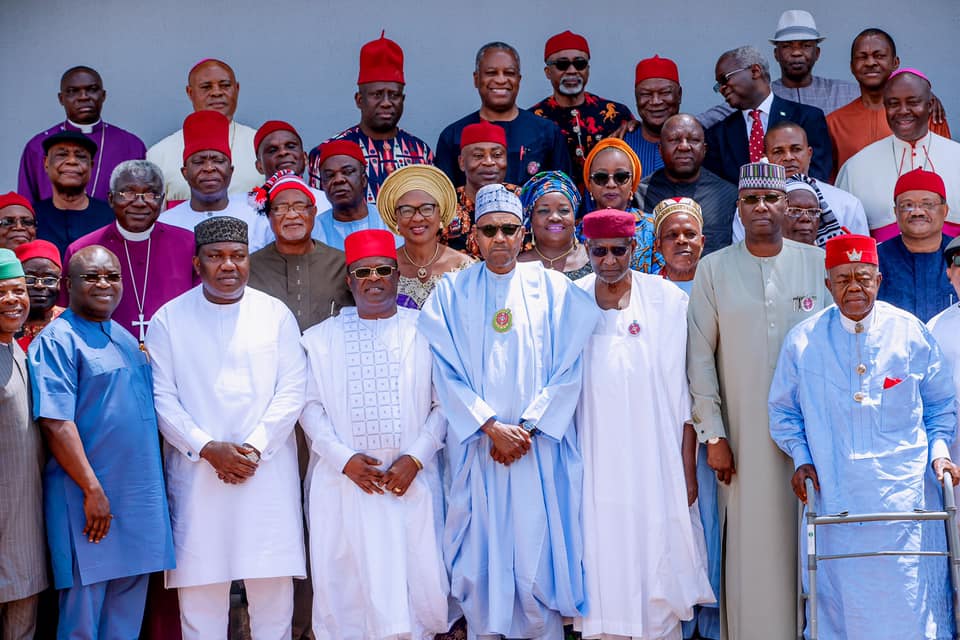 President Muhammadu Buhari has approved the release of the sum of N10billion Special Intervention Fund for immediate repairs and upgrade of the Akanu Ibiam International airport, Enugu.

This was the high point of the courtesy call on the President by a delegation of governors and leaders of the Southeast on Thursday at the State House in Abuja as contained in a statement signed by Femi Adesina, Special Adviser to the President on Media and Publicity and seen by INNONEWS.COM.NG

The President said he was aware of the central nature of the airport, which was closed for repairs since August 24, to the socio-economic development of the Southeast.

The President also said he was aware of the infrastructure deficits all over the country occasioned by lack of judicious use of available resources in the past. He however declared that his administration is working on remedying this situation.

“We’re trying our best to make sure that infrastructure rehabilitation is carried out very quickly.

“I personally firmly believe that if we get infrastructure correct, the roads , rail, power, most Nigerians will mind their businesses, they would not even care who is in government. But when you deny them infrastructure, it will be difficult for them to compete and move across the country and regions.

He appealed to the governors to explain this position to their people.

“Please, have the courage to continue explain to your constituencies whenever they feel that there is laxity in government effort to rehabilitate infrastructure.

“We are doing our best within the resources available to the government. The Federal Government is working to fix infrastructure deficit in the country. The challenges are there. It is our responsibility to fix things, we are doing it and we will continue to do our best in this regard,” the President said.

In a presentation on behalf of the Governors and leaders of South East, Governor Dave Umahi of Ebonyi State, while expressing gratitude over some of Mr President’s infrastructural development in the region, noted that the people of the South East were delighted with the speed and quality of work at the second Niger Bridge.

The governor also commended the President for other ongoing Federal projects in the region including Enyimba Industrial City, Aba.
On the condition of inter-state Federal roads in the region, the governor described them as deplorable, urging the President to ‘‘kindly declare a State-of-Emergency’’ on them and issue appropriate directives.

The leaders, who decried the challenging security situation in the region, had also appealed to President Buhari to approve special funding for the rehabilitation of the Akanu Ibiam International Airport Enugu.

innonews - October 25, 2017 0
There is more division among key stakeholders and members in Imo State chapter of the All Progressive Congress, APC in Imo State over 2019...

innonews - December 18, 2019 0
The Senator representing Imo North Senatorial District, Benjamin Uwajumogu, is dead. He was said to have slumped in the...