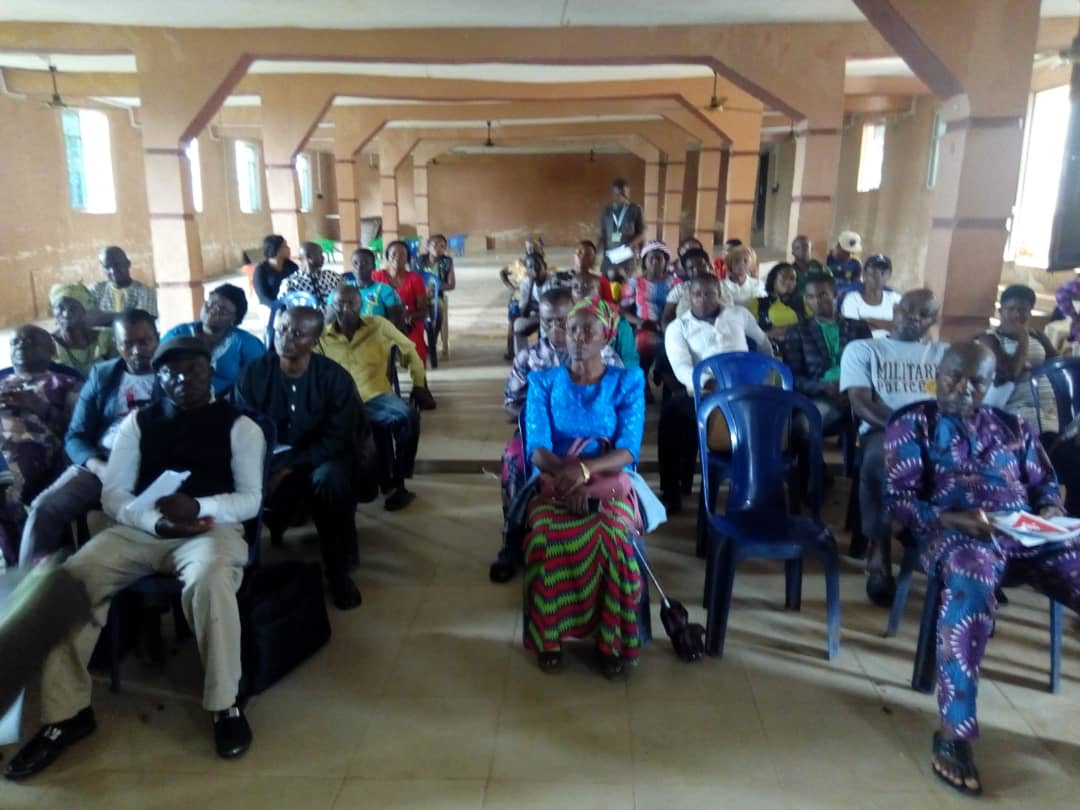 Performing the inauguration, the Executive Director of the Institute, Dr Abayomi Olaniyan said the platform was aimed at identifying bottlenecks and opportunities in irvingia production, marketing and policy environment.

Olaniyan, who was represented by Dr Olutola Oyedele, Director of Research in NIHORT, said it would also facilitate dialogue between the main local players in the value chain which include the farmers, processors, and input suppliers.

Others, he said are the financial institution, transporters, wholesalers, retailers, research and the development sectors.

He noted that at the inception of the irvingia project, the Institute through its team of competent research scientists interacted with relevant stakeholders in the irvingia value chain through surveys which revealed the strenght, weakness and threats of the value chain in the state.

“As a folow up to the surveys, processing of irvingia was identified as an important area of intervention in which the National Horticultural Reserach Institute built the capacity of stakeholders and empowered them with some locally fabricated irvingia decorticator.

“Irvingia (ogbno) as a crop of national importance, has high health and economic potentials. It is rich in vitamin C and other impotant nutrients and a good source of carbohydrates as well as protien,” he said.

Olaniyan said the institute, as part of keying into the Economic Recovery Growth Plan of the Federal Government, has 10 institutional projects covering different commodity crops to address various challenges of national concern.

He said one of such is Project 7, which bothers on selected horticultural innovation platforms for learning and exchange of ideas among the stakeholders.

He called on the stakeholders, especially the farmers, to take full advantage of the opportunity and synergize wethin the platform in order to achieve the socio-economic dividend of the irvingia value chain.

Olaniyan pointed out that the same platform was also inaugurated at Mbato, Okigwe Zone of Imo State.

Dr Ifeoluwapo Amao, Project 7 Coordinator (Innovation Platform for Selected Horticultural Crops) noted that irvingia is one of the institutes mandate crops and an important crop in the South East identified as a potential foreign exchange earner and thus a means of enhancing farmers’ livelihood.

She said the institute last year, visited the state to build the capacity of stakeholders on processing, centred on the use of the locally fabricated manually operated irvingia decorticator that reduces the drudgery associated with processing the fruits.

She said that during the capacity building pogramme, each of the zones visited were empowered with one locally fabricated irvingia decorticator and some seedlings of irvingia.

Amao said inaguration of the innovation platform was a follow up to the capacity building and empowerment programme held earlier in the zone.

“Innovation platform has been recognized as a way of improving agricultural/horticultural development.

The Zonal Manager, Imo State Agricultural Development Programme(ADP), Mr Celestine Anaele called on the peolpe of the area to embrace the crop with every form of seriousness it deserves.

He explained that the ogbono crop is very relevant to the Imo people as it is medicinal, a food thickner and a money yielding crop which does not require much labour to be harvested.

The participants commended the Federal Government and NIHORT for the inauguration and for provision of the crop which they said has numerous advantages.

They said the programme would lead to food production and income generation for people of the community and the state.

Mr Emmanuel Odoemena, a participant from Njaba Local Government Area of Imo listed some of the advantages of irvingia to include aiding fertility, strengtheing of the bones and arteries, and checking of cholestoral level of the body.

Lady Janet Okonkwo, another participant from Oru West LGA expressed gratitude to NIHORT for the programme and advised the various groups that constitute the platform to work in synergy in order to achieve results.

Our correspondent reports that the highlight of the programme was the inauguration of the platform which consists the processors, marketers, transporters and suppliers of the crop by the representative of the NIHORT Executive Director, Dr Oyedele.

innonews - December 22, 2018 0
108.5 million persons now use the internet in Nigeria. This was revealed by the Nigeria Communications Commission, NCC in its monthly...

innonews - January 14, 2018 0
Five persons were feared dead in a ghastly accident in Onitsha, Anmabra State. The News Agency of Nigeria, NAN reports that  an articulated vehicle, a...