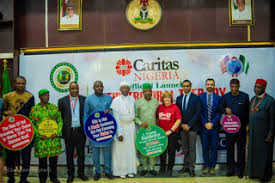 Imo State Governor, Emeka Ihedioha, says his administration is taking workable measures to curtail the spread of HIV/AIDS in the State.

The Governor said part of the measures include banning any form of payment/charges against persons living with the virus in the State.

Ihedioha spoke against the backdrop of reports that 58,000 persons are living with the virus in the State.

The Governor assured that they will be placed on therapy.

Speaking at the official launch of Anti Retroviral Therapy (ART) surge by the United StAtes Agency For International Development USAID, in partnership with Caritas Group at Government House, Owerri, Ihedioha said the number living with the virus in the State is unacceptable and worrisome.

He directed that henceforth ” all MDAs, universities, polytechnics and other key institutions must ensure that their staff are sensitised including students and their wards.

” All first year students must also be screened as well” he said.

innonews - November 18, 2017 0
The refusal of the Imo State University to offer admission to the daughter of one Mr.Chukwuemeka Ezeji(Esq)  to study law in the institution has...

After Yuletide: Transport Fares, Feul Price On The Rise In Owerri

innonews - January 6, 2018 0
Few days after the yuletide, the price of feul and transport fares are still on the rise in Owerri metropolis. The scramble for taxis and...

Oyegun: APC Removed A Sitting President, We Will Do Same In...