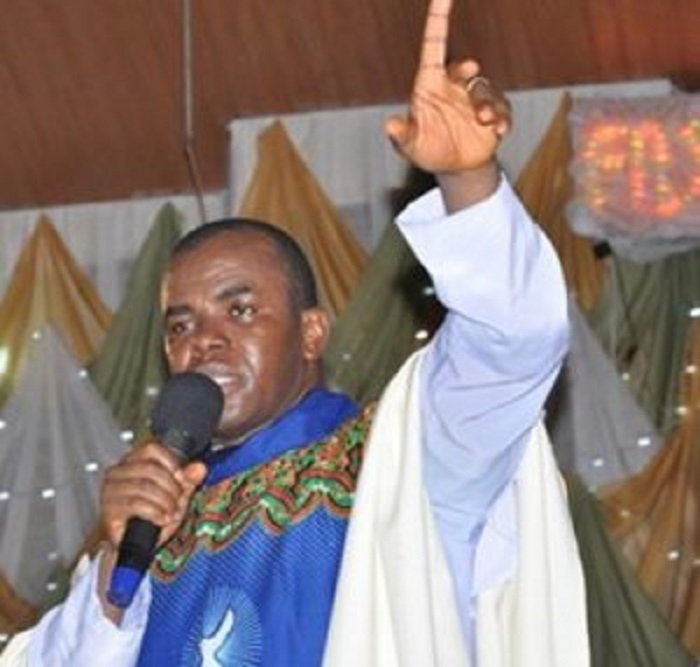 ” Imo Does Not Need Change Of Political Leadership – Okere

Reactions have continued to trail the prophecy of the Spiritual Director of Adoration Ground and fiery critic, Fr. Ejike Mbaka.

Mbaka had prophesied that Senator Hope Uzodinma of the All Progressive Congress, APC will take over as Governor of Imo State from Emeka Ihedioha.

The prophesy had indeed ignited political tension in the State ahead of the governorship case which is before the nation’s highest court- the Supreme Court.

Ihedioha had floored all those, including Senator Hope Uzodinma, challenging his election as Governor of Imo State at the Election Petitions Tribunal and the Court Of Appeal.

Just last week, one of the candidates who had opposed Ihedioha, Uche Nwosu, dumped the Action Alliance, AA and re- joined the All Progressive Congress, APC. He was also reported to have pledged his support for Governor Ihedioha.

Imo State Commissioner of Information, Felix Ebiliekwe, said neither the Governor or his aides are perturbed by the Cleric’s prophecy, just as former aide to former Governor of Imo State, Ikedi Ohakim, Ethelbert Okere said Imo State at the moment does not need a change in leadership in the State.

Ebilikwe said that apart from Uzodinma coming a distant fourth at the polls, his petitions at the Elections Petitions Tribunal and his appeal at the Court of Appeal against the declaration of Ihedioha as the governor of the state by the Independent National Electoral Commission were “summarily dismissed”

He expressed optimism that the apex court would equally dismiss Uzodinma’s appeal before it, hence there was no room for fresh evidence and prayers in the appeal.

“Senator Hope Uzodinma’s petition at the court of the first instance, Elections Petitions Tribunal was dismissed. His appeal at the Court of Appeal was thrown out for want of merit. The supreme court will equally do the same because there will not be any fresh evidence to be filed.

“I will suggest to Revd. Fr Mbaka to face his spiritual calling and leave politics alone. Imo is in safe hands. The things the governor has been able to do in seven months have shown and is very clear to the blind that Imo is being rebuilt.

In his reaction, Mr. Ethelbert Okere, in his article titled “Mbaka Waxes Another Song On Imo” wrote that the people of Imo State are not desirous of a change in political leadership

He wrote   “The generality of the people of Imo state are not desirous of a change in the political leadership of the state now and I do not believe that this latest prophecy by Fr. Mbaka could cajole them into thinking otherwise.

“It has nothing to do with any of the disputants – whom I love and respect – but on the imperative of the collective milestone achieved by the good people of Imo state, particularly as it concerns the knotty issue of power shift” he stated

innonews - April 19, 2022 0
The draw for the 2023 Africa Cup of Nations qualifying series was conducted on Tuesday evening. Nigeria have been...