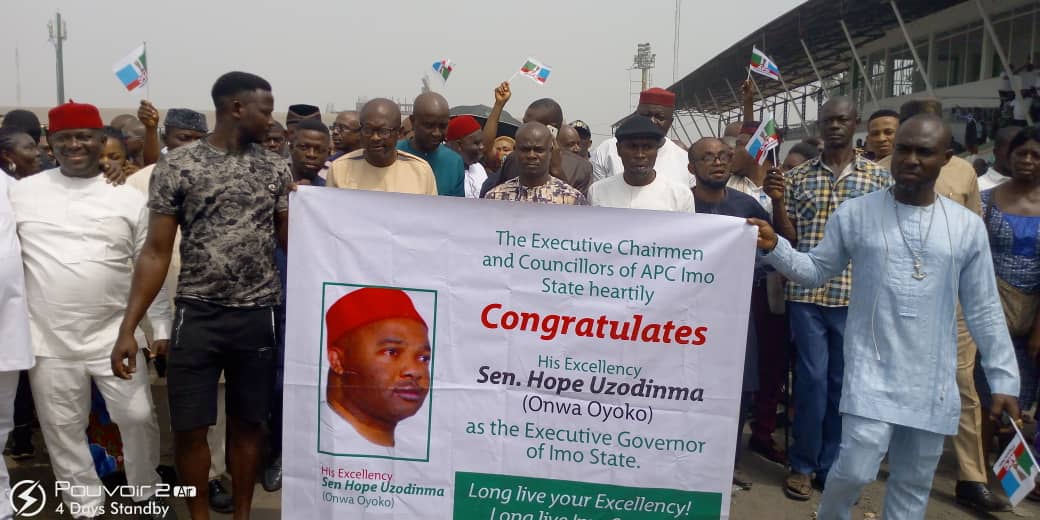 Thousands of Supporters of Imo State Governor, Hope Uzodinma, took over major streets and roads in Owerri to demonstrate their support to the new Governor of the State.

The protesters demonstrated their support for the new Governor whom they assured of their loyalty.

As at the time of filing this report, Governor Uzodinma is expected to address his supporters at Government House, Owerri.

He had on Sunday during a church service at the Holy Trinity Catholic Parish at his home town, Omuma, in Our East Local Government Area of the State, said he had come to serve and not to rule.

” I have come to serve and not to rule.Please continue to keep my administration in your prayers” he said

innonews - April 20, 2019 0
The appointment of Ibrahim Muhammed, acting Chief Justice of Nigeria has been extended by three months by President Muhammadu Buhari.

Why We Want Eze Ilomuanya As Chairman Ndieze- Imo Monarchs