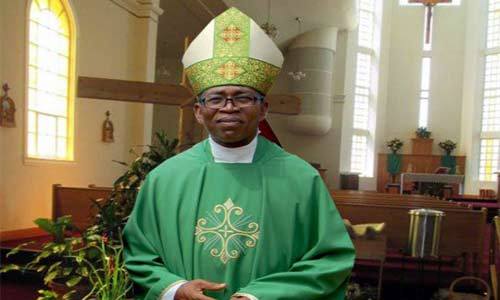 The Supreme Court Judgement of January 14, 2020 which removed Emeka Ihedioha as Governor of Imo State and declared Senator Hope Uzodinma as duly elected Governor, made the people of the State confused.

This was disclosed by Catholic Archbishop of Owerri, Most Rev.Anthony Obinna.

The Archbishop is a highly respected cleric in Imo State

Delivering homily at Maria Assumpta Cathedral Church, Owerri. Sunday, he noted that the verdict of the nation’s apex court made the people to get more confused which gave rise to series of protests by citizens.

He said if not that Imo people are law abiding and remain optimistic that something positive will come out from the review of the judgement to reflect their voting at the March governorship election, the people may have embarked on activities detrimental to the peace of the State.

Owerri, Imo State capital had been engulfed in protests since the Judgement.