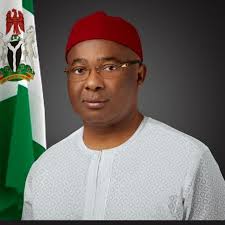 The Imo Awareness Coalition, IAC, says Governor Hope Uzodinma, placed emphasis on appointing his loyalists as reward for their efforts which significantly aided him to emerge Governor of Imo State.

The IAC in a statement in Owerri, signed by it’s President, Emmanuel Okwu said “reward for loyalty was the Chief factor,which played a pivotal role in influencing the choice of appointments by the Governor

“This is understandable, though we would have desired a more inclusive cabinet with experts and professionals in various fields outside the Governor’s conclave of loyalists

“Though it is premature to write off the abilities of men and women assembled by Governor Uzodinma to aid him navigate the ship of governance of the State, we felt there was need also to tap into the vast reservoir of Imolites at home and abroad, who have the burning desire to serve their State in various capacities

“We wish Governor Uzodinma and his team well in their endeavours, to turn the State around to ensure shared prosperity for the people of the State.

The IAC however reminded the present administration of the task ahead, stating that Imolites remain expectant of good governance that will impact positively on the people of the State.

“With the litigations over, this is the time to hit the ground running. There is no room for time wasting because the legal debacle set the State backwards for over two months.

The IAC however drummed support for Governor Uzodinma, urging him to remain focused on the enormous task ahead as Imolites remain hopeful that he will not disappoint.