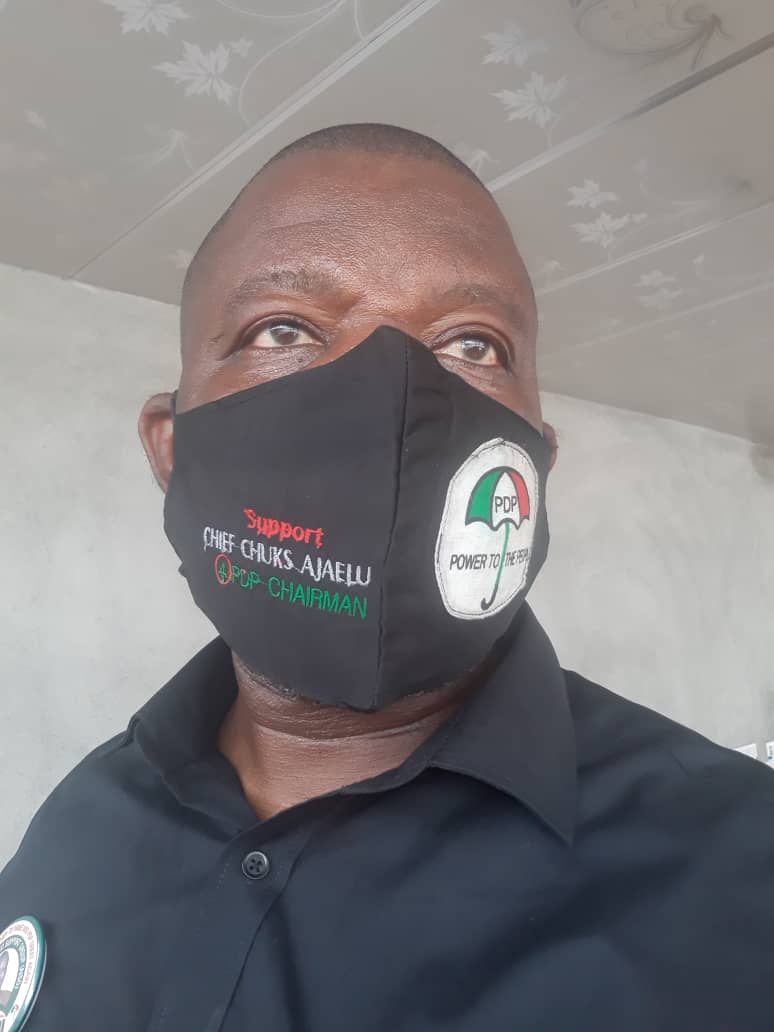 Frontline politician in Imo state and leading chairmanship aspirant of Peoples Democratic Party, PDP, Chief Chuks Ajaelu, was among hundreds of party chieftains who stormed the premises of the Federal High Court, Owerri to witness the arraignment of the party’s New Media Director, Ambrose Nwaogwugwu.

Decked in black attire with a fez cap to match, with his supporters brandishing “Free Nwaogwugwu” banners Ajaelu reiterated his earlier demand for the unconditional release of Mr. Nwaogwugwu.

Speaking to newsmen at the court premises, Ajaelu said the detention of Nwaogwugwu was part of a grand ploy by the Uzodinma administration, to silence and stifle the opposition in the State.

He said “The arraignment and detention of Nwaogwugwu, is unacceptable to the party and to good people with conscience. You cannot suffocate the opposition by hounding dissenting voices in detention

“We call on the learned justices to expedite action on the matter and free Ambrose Nwaogwugwu. We are committed to his freedom and we will not sit by and allow the ruling party suffocate us for no just cause. This is tyranny taken too far.

Ajaelu said Nwaogwuguw represents the voice, not just for the PDP but for millions of Imolites, who have not hidden their displeasure to the anachronistic style of governance of the Uzodinma led APC administration in Imo State.

“ Ambrose is the voice of workers who are not paid salaries, pensioners who have not been paid their pensions, and other forms of bad governance by this regime” Ajaelu said