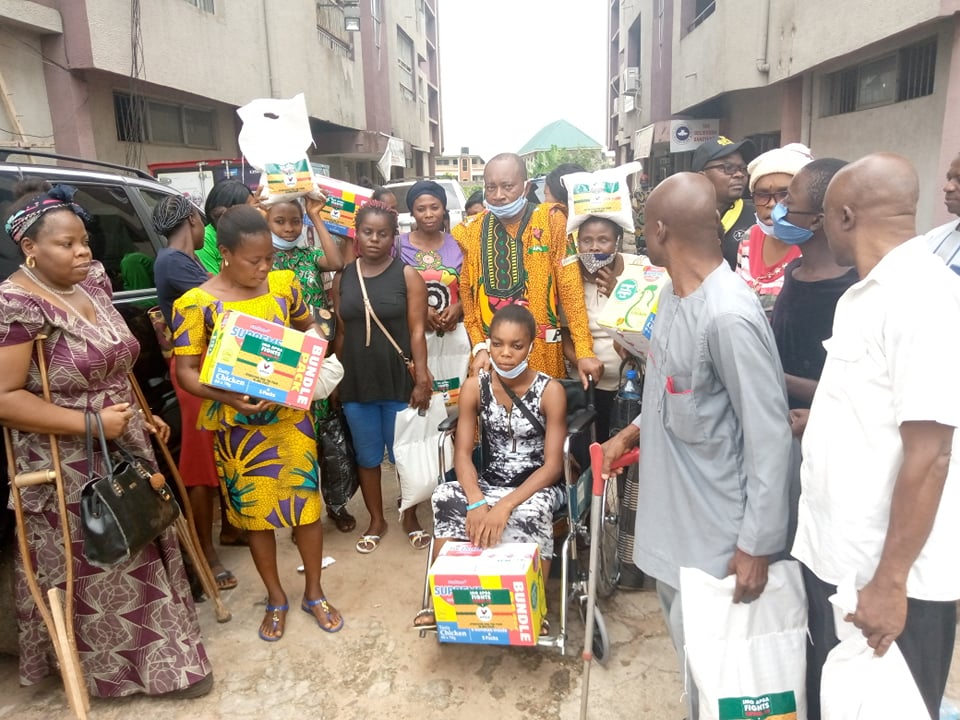 The Imo State chapter of the All Progressive Grand Alliace, APGA has distributed palliatives/ food items to hungry Imo people, particularly the disabled persons and albinos to aid them cushion the effects of the coronavirus pandemic.

The food items doled out by the party include rice, beans, and noodles including transportation money to the special citizens.

The gesture tagged “Mother of all Palliatives: APGA Fights Covid-19, Operation Feed the Poor in Imo State”, was distributed to all the 27 LGAs of the State with disabled persons and albinos, constituting most of the beneficiaries.

Doling out the palliatives to the  beneficiaries, APGA Imo State Chairman, Hon John Iwuala, appealed to the beneficiaries to enjoy the food with their neighbours, reminding them to continue to pray for the party to succeed so that the gesture will be sustained.

Iwuala hinted that party officers have been instructed to effectively distribute the palliatives to the deserving indigents at the localities, stating that APGA is the only political party to have donated palliatives to poor persons in Imo State, despite not being the ruling party.

Stressing that hunger virus is deadlier than Covid-19 as the government of APC has been adamant to the welfare of the people in the State, Iwuala noted that the gesture was the first time ,a political party, such as APGA exercised its social or corporate responsibility to the people and challenged PDP, APC and other political parties to take a cue from what APGA has done.

The beneficiaries were happy as they got the food items including face masks and money, praying that APGA emerges victorious in all elections to sustain the gesture.