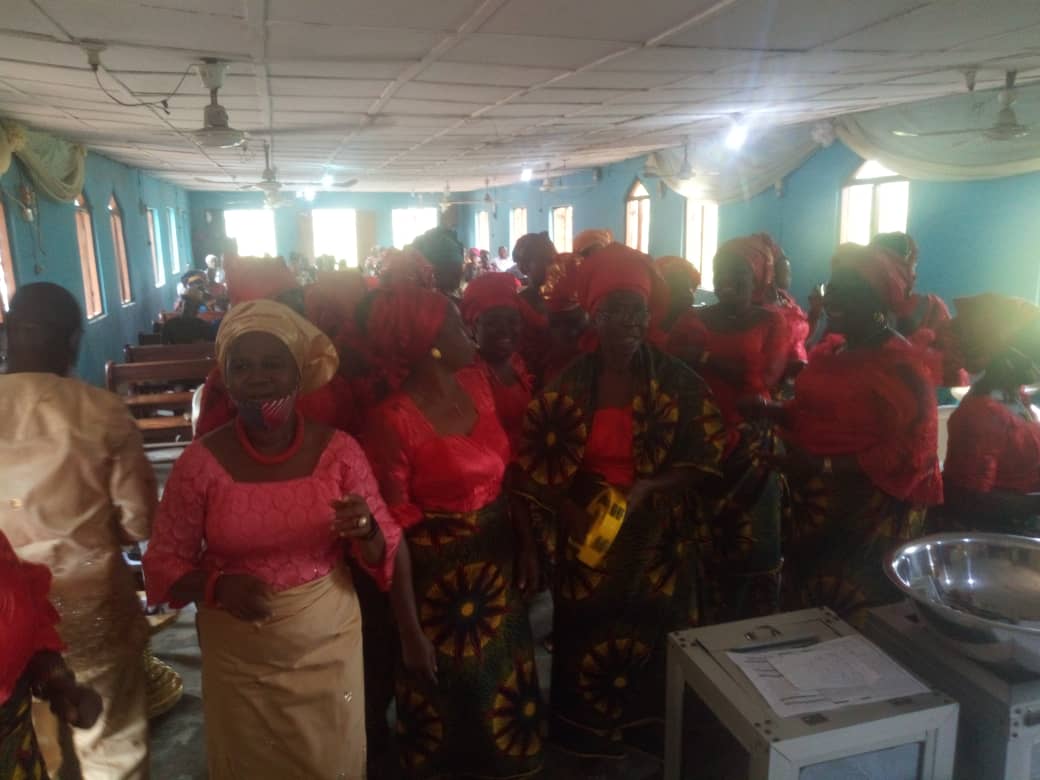 An Award of excellence has been bestowed on some members of First Baptist Church, Avu, by the Women Missionary Society, Home and Abroad.

The award of recognition took place at the Church, during a service, on Sunday, with the congregation jubilating and glorifying God for keeping them, as well as perfecting the ceremony which they described as memorable and encouraging.

In an interview with our reporter immediately after conferring the award on the Awardees, President of Women Missionary Society, First Baptist Church, Avu, Mrs Nkeiruka Ubanze, stated that “we recognized some members of the Church who have selflessly, devotedly served the Church years back. We honored them to appreciate them for their sterling efforts to the work of the Church and humanity, to also show them that we are still with them and to encourage them to keep doing more work”.

Pointing out that eight members were distinguished, Mrs Ubanze reminded them to keep working effectively and sincerely for the growth of the Church and good of the society.

According to her, “as you put in more effort to the work of God and society, we pray that God will continue to keep, bless and strengthen you and your families”.

On behalf of the awardees, Rev Dr Napoleon Azuoma Anokuru, expressed delight about the award, assuring that they will not relent in the service of the Lord and society.

Rev Anokuru, while thanking the Church for the award, enjoined the women to keep the pace, reflecting that with consciousness and vision for success and righteousness they will always succeed and do exploit to the glory of God.

Rev George Okoduwa, who presided over the Church Service, reminded the congregation to be visionary, focused in order to do well in life, hailing the women for doing wonders in the Vine Yard of the Most High God, praying for sustenance of righteousness among the members of the Church.

A devoted member of the First Baptist Church, Avu and a Staff of Channels Television, Mr Odowueze Ubanze, felicitated with the women while congratulating the awardees among who is her mother, Mrs Mercy Ubanze, who was conferred with the award of Matron of Women Missionary Society.