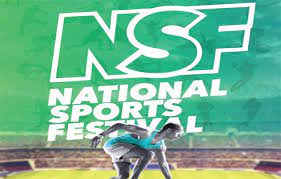 Strategic planning has been identified as the major reason why Imo State put up an impressive performance at the just concluded National Sports Festival, Edo 2020.

Imo State Commissioner for Sports, Ho Dan Ogu disclosed to sports journalists in Benin, that strategic planning by the team against its opponents during preparation and execution of games contributed to its success during the fiesta.

“Our success is a product of strategic planning coupled with the good conduct of our athletes, the coaches and the motivational incentives from the state government. We never played to the gallery. The athletes and the coaches were determined and they trusted in God. Truly, it is not easy, even before we left Owerri to Benin, I predicted about 6 or 7 of the athletes that will give us gold and they all did” he noted.

The Commissioner revealed that he ensured that the athletes were highly motivated as their camping allowances were increased from N300 daily to N1000 and daily participation/tour allowance from N1000 to N4000.

Ogu expressed disappointment with unpatriotic attitude of some of the council officials whom he said were selfish and corrupt. He however reiterated the commitment of Governor Hope Uzodimma to sports development.

He disclosed plans of the Sports Ministry to hold sports festival among the 27 council areas of the day state before the end of the year, which he said is aimed rediscovering hidden talents.

innonews - May 27, 2021 0
*Lawmaker Shows Quality Representation* A culminating rift by the Azaraubo community against the Imo State Government was quelled in...

innonews - May 18, 2021 0
Exchange of verbal fireworks has continued between Governor Hope Uzodimma and his predecessor, Senator Rochas Okorocha.