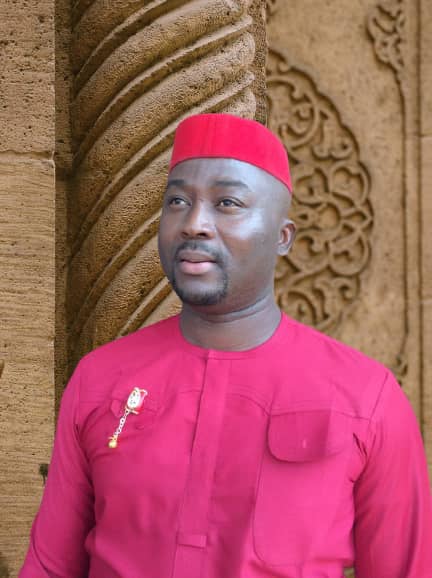 Following the incessant attacks witnessed in some parts of Imo State, a Chieftain of the All Progressive Grand Alliance (APGA) in the state, Hon. Chief Nduka V.A. Anyanwu has urged the good people of Ahiazu Mbaise LGA and Imo state in general to be more security conscious and avoid unnecessary movement.

The Ahiazu Mbaise born successful businessman and philanthropist disclosed this in his reaction over series of attacks happening in the state in the recent times. Hon. Nduka described the situation as very regrettable and unfortunate. He therefore called on Owerri residents and Imo state at large to be security conscious and as well be their brothers keeper.

Speaking further, the founder and President of Nduka Anyanwu Foundation equally used the opportunity to call on the  government both at the federal and state level to rise up to the occasion and secure lives and properties of it’s citizenry which he said is the primary responsibility of every government in power.

Hon. Nduka V. A. Anyanwu reiterated that the current security situation in the state and in the country at large was as a result of the inability of the government to do the needful in providing maximum security and good governance to its citizens over the years.He therefore called on the present  All Progressives Congress (APC) led administration in the state and in the country to be alive to their responsibilities in order to give the public the hope and assurance they deserve to carry out their daily activities without any fear or molestation from any quarter.

The APGA stalwart also reminded the general public that security is everyone’s business and that it is required of every well meaning individuals in the state to support the government and security agencies in their fight against insecurity by providing useful information that will enable them resolve the situation at hand.

innonews - May 16, 2017 0
BY GREG UCHE# Despite announcing the intention of his government to hold the local government election in Imo State, the State electoral commission, Imo State...