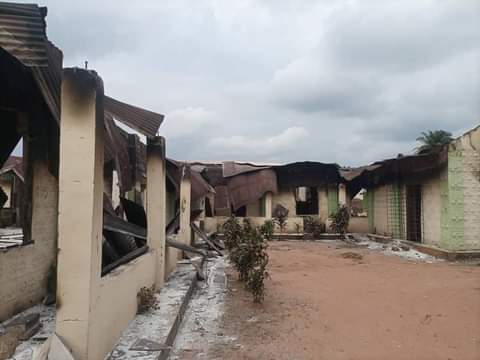 A Magistrate court in Atta in Njaba Local Government Area of Imo State , was on Saturday set ablaze by hoodlums.

“On the 29th May, 2021 at about 0700hours, the Command received a distress call that some hoodlums mobilised in large number, stormed the premises High/Magistrate Court Attah and set it on fire. They also damaged a building that was constructed by the community intended to be used as Police Station in Attah, Njaba Local Government Area.

innonews - September 24, 2019 0
President Muhammadu Buhari has approved the immediate redeployment of two Ministers of State This was contained in a statement...

innonews - July 5, 2019 0
President Muhammadu Buhari has approved the appointments of his personal staff. This was disclosed in a statement by his...

Exonerate Buhari From The Hardship In Imo State- Araraume

innonews - December 27, 2017 0
BY DAN OPARA# Serial governorship aspirant in Imo State and a chieftain of the All Progressive Congress, APC  Senator Ifeanyi Araraume has called on the people...