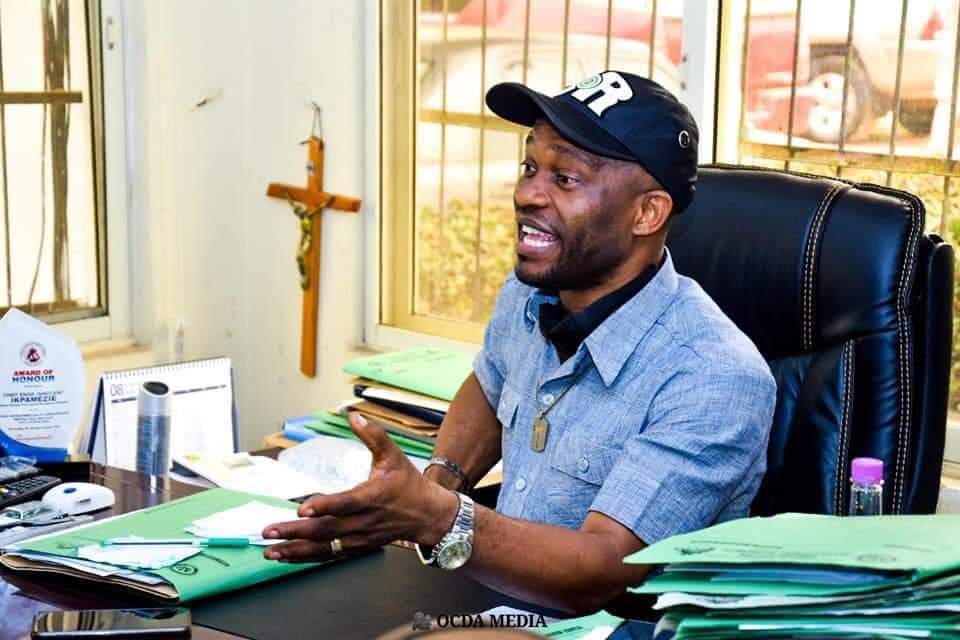 Engr. Ikpamezie opined that what should be upper most in the heart of every true Imolite should be to recover the state from the hands of the evil ones who are bent on destroying the state.

The OCDA boss made this known during an interaction with online newspaper publishers and bloggers in his office in Owerri on Wednesday.

The GM noted that the system is charged and require the collective responsibility of all to calm the situation down using whatever tool available, especially the social media platforms.

Engr. Ikpamezie described the news making rounds that Gov Hope Uzodimma invited the military to Imo state to kill people as fallacious and ploy by enemies of the state to entrenched insecurity in Imo.

He expressed deep concern about the misinterpretation of Gov. Hope Uzodinma, a burden bearer, a humane, kind and emotive person who cannot even hurt a fly.

According to him, no government or governor will want any of his citizen dead.

The OCDA Chief explained that any body who joins in igniting crisis in the state cannot be said to be a lover of the state.

He urged all Imo citizen inspite of party affiliation to come together and rescue the state, because according to him, if this insecurity continues “we may not know who will be next”.

innonews - April 22, 2019 0
Elder Statesman, Chief Innocent Diala Nwoga has advised those challenging the victory of Hon Emeka Ihedioha in the governorship election in...

innonews - January 19, 2019 0
Imo State chapter of the Peoples Democratic Party, PDP has shut down its ongoing campaigns in order to give a grand...

innonews - February 23, 2018 0
After one year of intensive investigation, the Imo State Police Command has arrested the mastermind of the Zenith Bank robbery in Owerri, Imo State...

innonews - June 18, 2018 0
Local Government Council Chairmen kicked out of office by Governor Rochas Okorocha of Imo State in 2011 have intensified their onslaught to reclaim their...

innonews - August 19, 2021 0
Details have surfaced why leaders of the Peoples Democratic Party, PDP, in Imo State are keeping mute over reports of possible defection...