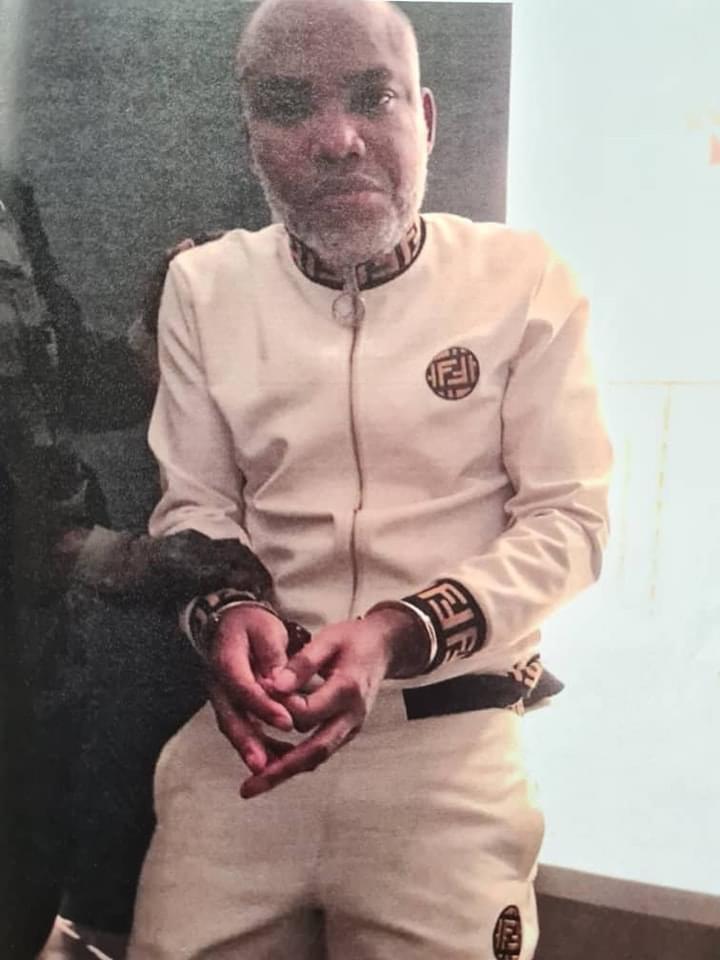 An Abuja Federal High Court, presided by Justice Binta Nyako, Tuesday ordered that the leader of the proscribed Indigenous People of Biafra, IPOB, Nnamdi Kanu be remained in the custody of the Department of State Services (DSS).

The remand order was sequel to an application by a federal government lawyer, Shuaibu labaran, The Guardian reports

Kanu was said to have been intercepted by joint security operatives of the government.

Attorney General of the Federation and Minister of Justice, Abubakar Malami, who made the disclosure in a joint press briefing with the DSS and Police, said Kanu was arrested on Sunday, June 27, 2021.

However, the briefing was silent on where he was arrested.

innonews - July 27, 2017 0
Dr. Muiz Banire, the National Legal Adviser of the All Progressive Congress, APC has been suspended. The decision to suspend Banire was taken at Executive...