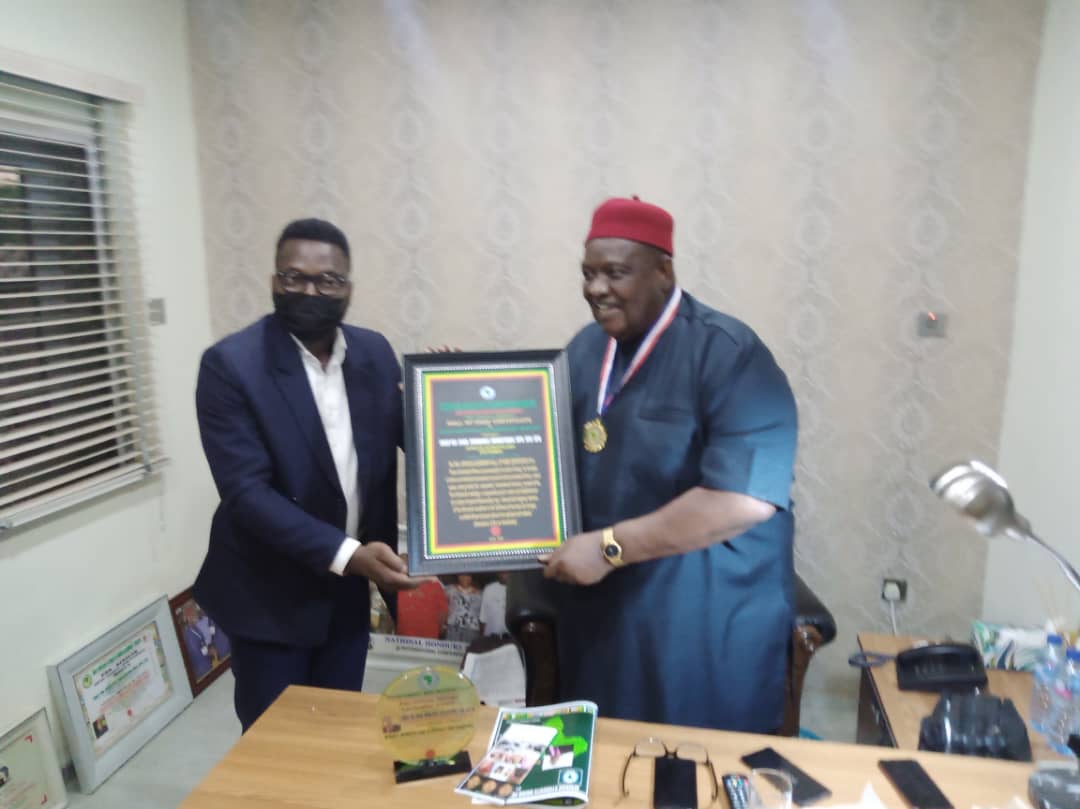 Nigerian leaders have been advised to inculcate in their citizens the spirit of peace, love and unity.

Chief Iwuanyanwu recalled the sterling quality leadership of such statesmen like Dr. Nnamdi Azikiwe and Sadauna of Sokoto Sir Alhaji Ahmadu Bello who ensured the peaceful coexistence of Nigerians as one united country.

Chief Iwuanyanwu described Sir Ahmadu Bello as a great leader who brought the northern region as one entity irrespective of religion and tribe.

He called on the present leaders to emulate such qualities pointing out that nothing in this world is greater than peace and unity.

Chief Iwuanyanwu enjoined the Federal Government to review its operational method of fighting insecurity especially in the South East and seek a way of using dialogue with the various groups agitating for secession in the country such as the Pro-Biafra Group, Oduduwa Republic led by Sunday Igboho, the Middle Belt and others.

He advocated bringing all the parties to a conference table pointing out that having tried the use of force through the barrels of the gun and it did not work, dialogue should be the best option.

Chief Iwuanyanwu wondered why any group would want to secede from Nigeria if things were properly done with equity and fairness.

He said that the use of dialogue would save the nation lots of resources and lives of innocent people.

“Many Nigerians have lost their lives as a result of the insecurity situation in the country and maintained that peaceful approach is the only solution to it.”he said

He noted that the constitution took into consideration the interest of the various regions in the country and called for a review of the present Nigeria constitution with a view to accommodating all issues being contested.

The renowned Philanthropist and Business Mogul enjoined the youths to shun any issues that are likely to cause disaffection in the country, adding that they should emulate the leadership qualities of the nation’s founding fathers which centered on peaceful co-existence and harmony.

Chief Iwuanyanwu maintained that Nigeria as it is today if properly harmonized and equity and fairness adopted will be one of the greatest and most prosperous countries in the world because God endowed the land with both human and natural resources.

In their speech, the leader of the Northern Nigeria Youth Council Mr. Victor Omoba said that they have been following Chief Emmanuel Iwuanyanwu’s approach to national issues and said that he remains one of the greatest pillar of national peace, development and unity in the country.

The Northern Youth Council described him as a quintessential leader and an icon of peace whose contributions are yet to be equalled.

The Northern Youth group appealed for peace in the country and called on the leadership of Nigeria to ensure that the insecurity in the land is brought to a halt.

They commended Chief Iwuanyanwu for always preaching peace as well as using his resources for human capital development and empowerment especially the youths.

innonews - February 1, 2018 0
Former President Olusegun Obasanjo has made real his intention to be part of the Coalition for Nigeria Movement, CMN. Reports said he registered in Ogun...

Orluzurumee Speaks On Killings In Orlu, Sue For Peace

innonews - May 14, 2021 0
More details came to the fore at the weekend, why Governor Hope Uzodimma weilded the big stick, sacking 20 Commissioners, in his...

innonews - April 30, 2021 0
Following the incessant attacks witnessed in some parts of Imo State, a Chieftain of the All Progressive Grand Alliance (APGA) in the...