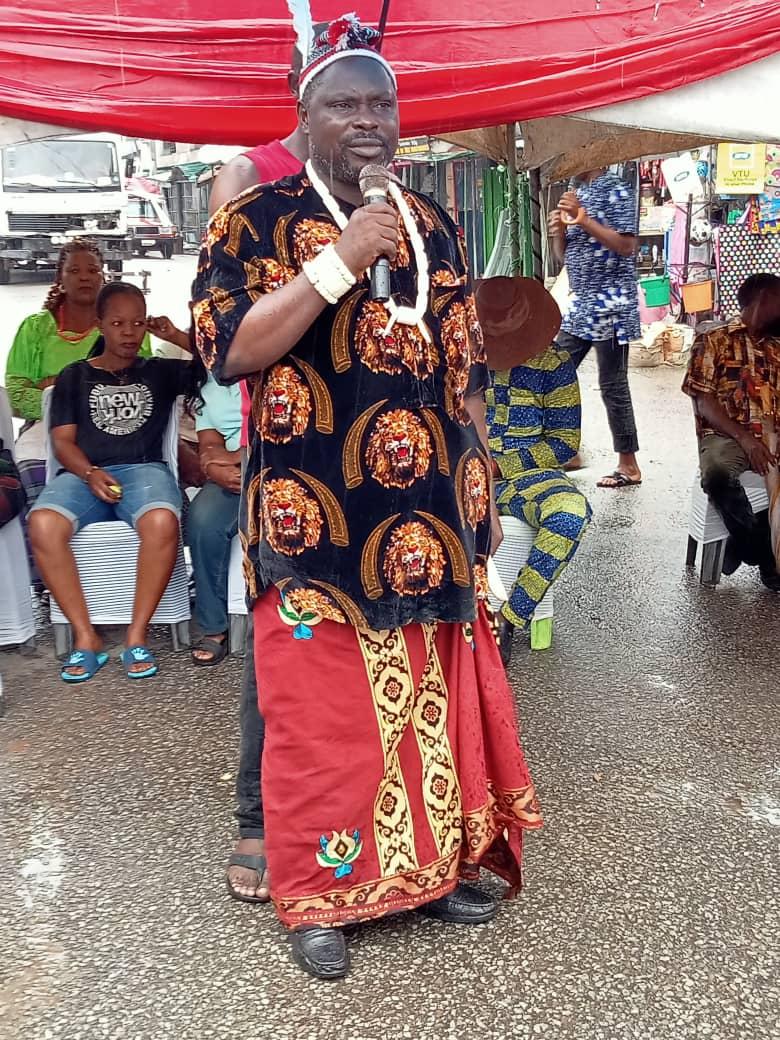 Speaking at the unveiling, the Chief Priest, Mr. Ejiogu said the unveiling of Obi Ala Owerre, is part of measures to preserve the culture and heritage of Owerri people.

According to him, he said it is also aimed at bringing back the ancestors of the land who have been away for long because of neglect and abandonment.

He said “Our ancestors are not dead. They are not demons. They are in our DNA and we will not allow the extermination of our culture. Abroad, the white people preserve their fore bearers.

He said the new Obi Ala Owerre, where a new building will be constructed, is designed to resolve conflicts among the people, saying the Obi will be the symbol of Owerri people.

His words “The Obi Ala Owerre will be a symbol of our culture, it is purely for cultural purposes, where conflicts and disputes among our people will be resolved.

“In the Obi, there will be a picture gallery, where some of the photographs of our fore fathers will be displayed, including photos of prominent Owerri Indigenes. It is to enrich our cultural heritage.

In his remarks, the Special Adviser to the Governor on Security, Dan Okoro called for support for the project.

He said the Chief Priest should be encouraged in his efforts to revive the ancestral heritage of the people of Owerri. He also appealed to Owerri sons and daughters at home and in Diaspora to rally round the Chief Priest, by contributing significantly to the completion of Obi Owerre.

He pledged to initiate steps to ensure the realization of the project.

The President General of Umuihugba Umuodu Community, Mr.Sorronandi Unegbu, described the unveiling of Obi Ala Owerre as historical. He assured of the partnership between the leadership of the community and the Chief Priest to ensure the completion of the Obi Ala Owerre project.

Other speakers at the event such as former Chairman, Imo State Local Government Civil Service Commission, Hon. Analyn Nwaneri, Mr. Gerald Emeyonu, Mr. Charlie Ngoka, commended the unveiling of the project, and called for concerted efforts by Owerri Indigenes, both at home and in Diaspora, to support it.

Leader of the Women group (Mgboto Owerre), Monica Nwagbaraocha, on behalf of women in the community pledged to support the project.

Mr. Emeyonu harped on the need for the preservation of Owerri culture, the same way those abroad preserve the legacies of their fore-bearers

The highlight of the event was the unveiling of the prototype building of Obi Ala Owerre. The unveiling was witnessed by member representing Owerri State constituency in the Imo State House of Assembly, Hon.Solomon Anukam, Hon.Ugwuanyi Nze, Village Heads, Women groups and the Youths.

innonews - November 1, 2022 0
First Republic Minister of Aviation and elder statesman, Chief Mbazuluike Amaechi, is dead. Amechi was the last of the...

innonews - October 12, 2019 0
Details surfaced on Saturday revealing steps taken by the Federal and Imo State Governments, to resolve the lingering...

innonews - August 16, 2021 0
As the next political dispensation draws close, a socio political organization, Ala Owerri United Front, AOUF, has...