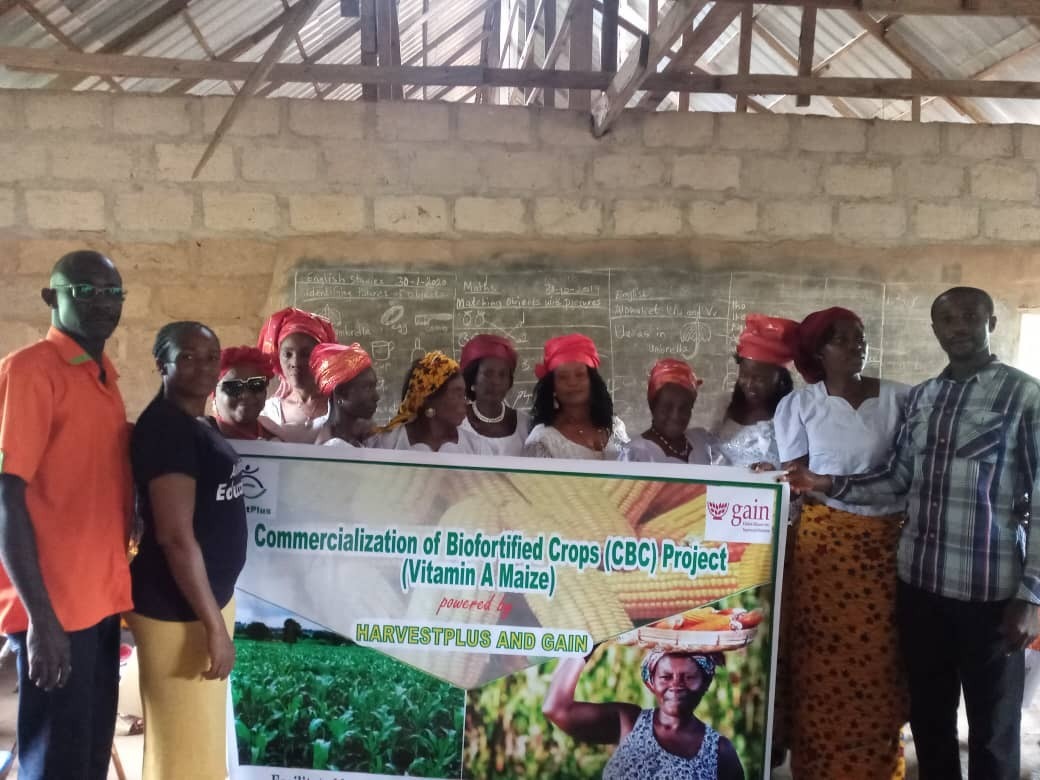 In a bid to scale up improved nutrition in Imo State, the Program Director of Foundation for Livelihood Advancement (FLA) Elder Kenneth Amogu has described mothers in the home as chief nutrition officers.
Speaking to newsmen in Owerri, Imo State, Amogu hinted that Foundation for Livelihood Advancement (FLA) which is the Commercialization of Biofortified Crops (CBC) project implementing partner in Imo State, has visited women associations during their August meetings to let them know that the women/mothers are the drivers of nutrition in the home, adding that since women take decisions on the type of food to be taken in the home, there is need to educate them on the importance of consuming and planting biofortified foods/crops for the health of the family.
Amogu posited that they had visited St. John Anglican church, Oforola in Owerri west, Udokanma women association, Obinze ancient kingdom, Owerri west, St. Stephen Anglican Church, Umuenyi in Isiala Mbano, Umunyem women association, Nkwerre LGA, Ezimba women organization, Ihitte/Uboma LGA, Asa autonomous community, Ngugo ancient kingdom, Ikeduru, stressing that the outing has been achieving its goal of creating awareness on the intake of vitamin A Maize especially its planting and commercialization.
He said that biofortified crops are crops rich in vitamin A, which are Orange Fleshed Sweet Potatoes (OFSP), Vitamin A Cassava and Vitamin A Maize, adding that all these nourished the body, so that when one is preparing any food from these crops, the nutritious status of that food is enhanced. “There is no need to feel nonchalant about what one eats, since when you are sick as a result of lack of nutrition in the body, you go to hospital and the same hospitals will also refer you back to start eating nutritious food”. He hinted that because the mothers are chief nutrition officers of the home, they should, while thinking about other things, also think about nutrition, revealing that any $1 dollar spent on nutrition, gives return of investment of between $4-$35 according to World Bank.
“Women should be the drivers of eating nutritious food in the family. They should convince their husband on creating/preparing nutritious menu for the home. This is why we are focusing on the women in this year’s August meeting so that they can begin to change their menu to more nutritious food. They should be the champions of nutritious food so that they can replace ordinary variety that they have with biofortified foods”. He called on women to try and get machines that will process their maize and cassava. He urged the women to have small biofortified garden in the home where they can plant their Vitamin A maize and cassava, adding that the women can also begin to think of how to start planting biofortifed foods next year. He called on them to go into late/dry season planting and not wait until the rain sets in. he urged the women to take the issue of nutrition seriously, especially consuming, planting and for commercialization purposes which should serve as a model for future enhanced varieties.
Elder Amogu applauded the women for supporting and embarking on projects like civic centres, skill acquisition centres, among others as he encouraged the women to also embark on nutrition related projects, like increase the number of processing machines for staple foods in the communities, as the setting up of such places will reduce the hardship and difficulty women face in processing their Vitamin A maize and cassava as witnessed in a simple survey carried out recently. “In most communities women trek for long distances to join long queues and wait for long times to process their foods. Women must lead the change for better nutritious feeding,” he said.

Umahi: An End To Party Switching? BY RICHARD ODU

innonews - September 21, 2017 0
The Nigerian government Thursday directed those asking for the whereabouts of leader of the Indigeneous People of Biafra, IPOB, Nnamdi Kanu, to go to...

innonews - November 26, 2017 0
By: ONYENWE PRINCELY In the good efforts of Imo state government under the first-rate leadership of his Excellency Governor Rochas Okorocha to sanitize our rural...

innonews - December 4, 2020 0
BY RALPH EJIMKOMYE Baring unforeseen circumstances, there are feelers that the Federal Court or Appeal,Owerri,may render judgement on Friday,...