Home LEAD STORIES ThankGod Ezeani To Irona: You Are A Man Of Impeccable Character, Admirable... 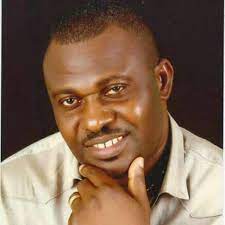 A former member of the House of Representatives, Hon ThankGod Ezeani, has described a former deputy governor of Imo State, Hon Gerald Irona, “as man of impeccable character and admirable loyalty, who has distinguished himself in the service of God, humanity and the society at large.

In a statement released by Ezeani Media centre, Sunday, in Owerri, Hon Ezeani, who represented Ideato North and South in the Green Chambers, on behalf of his campaign Organization, while extolling the virtues of Hon Irona on his birthday said “He is delighted to mark with great joy and relish, the birth of a responsible and respectable statesman, and also wishes to use this medium to reassure him of how excited and appreciative we are to witness his rare leadership qualities first hand.

Ezeani recalled that it is on record that all the positions he (Irona) handled was trailed by remarkable impacts, gigantic growth and unusual positive developments in many facets.

The statement further stated  “His mastery of leadership roles are marvelling, such that many were bewildered at the much he has been able to achieve in his youthfulness”

“As a Councilor, an Executive Chairman of Oguta LGA, a House of Assembly member, a Member of the Federal House of Representatives and the Deputy Governor of Imo State, Irona exhibited great enthusiasm and vibrancy in the discharge of his duties, thereby touching numerous lives, effecting the needed changes where necessary and performing his tasks impeccably without fear or favour.  He has held party positions in the past and was a one time Deputy National Secretary of PDP. These positions he used to write his name in gold and engraved it in the hearts of lovers of goodness; causing his name ring gleeful bells continually

“It is thus with the deepest pleasure and high sense of regard that the Dr. ThankGod Ezeani Organization wishes a happy birth anniversary to this great political leader, the distinguished Rt. Hon Engr Alphonsus Gerald Irona, wishing him many prosperous years in sound health, that he may remain steadfast in  his excellent services to God and humanity” the statement concluded.

innonews - May 2, 2018 0
National Chairman of the All Progressive Congress, APC, Chief John Odigie Oyegun has hosted some stakeholders of the party from Imo State. The stakeholders...

Buhari’s Visit: A Diplomatic Style Without Substance. BY DR.CHUKS OSUJI

innonews - May 4, 2018 0
Many who will read this will tend to go along with my analysis here. But those who are artificailly hell bent that buhari has...

innonews - July 5, 2019 0
BY: GREG IWU Delegates who took part in the primaries of the All Progressive Grand Alliance, APGA, in Imo...

Why We Met Buhari- Okorocha

innonews - October 10, 2018 0
Governor Rochas Okorocha of Imo State has disclosed some details of a meeting Governors of the All Progressive Congress, APC held with President Muhammadu...