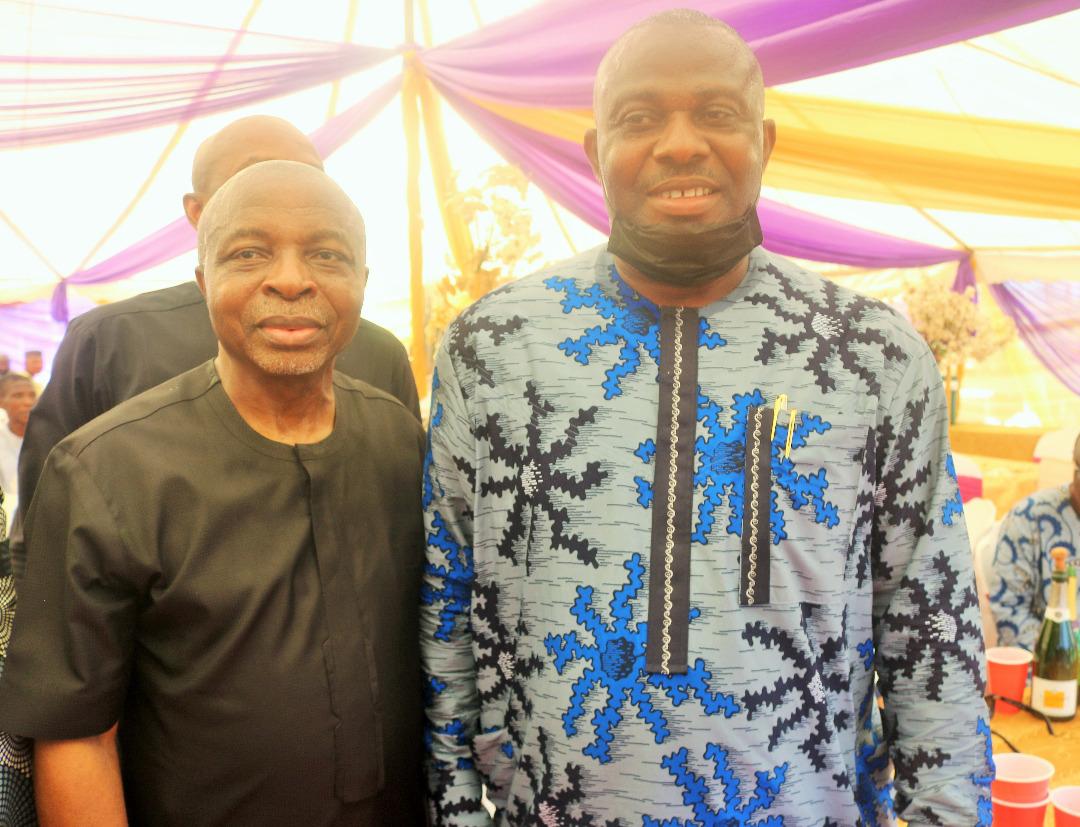 A former member of House of Representatives, Hon ThankGod Ezeani took Oguta Local government area by storm on Saturday, November 13, 2021, when he and his entourage attended the funeral of the sister of former Deputy Governor of Imo State, Hon Gerald Irona.

His arrival was greeted with a thunderous ovation from the massive crowd at the funeral.

According to a statement released by Ezeani media centre, Ezeani who had represented Ideato North and South in the Federal House of Representatives, was present at the funeral to show “his deepest love and solidarity to His Excellency Chief Gerald Irona, the former deputy governor of Imo state over the death of his sister late Mrs Anthonia Nwobi (Nee Iroha)”

He encouraged Chief Irona to accept the loss of his beloved sister with total faith and submission to God’s will, adding that death is an inevitable end which every man must experience.

Dr Ezeani, a successful Industrialist, described Engr. Gerald Irona as a true patriot and a dependable leader who deserves honour, stating that this is the reason people from far and near gathered in mass to commiserate with him.

He stressed on  the love shown to Chief Irona by well meaning individuals within and outside the state, which he noted is a testimony of his laudable personality.

He appreciated God for the success of the burial which he personally witnessed because of the great relationship that exists between them. Hon Ezeani prayed God to grant the family the grace and fortitude to bear the loss of their departed sister as her soul rests in peace.

innonews - October 23, 2021 0
30,000 housing units will soon be provided by the Imo State government to tackle housing deficit in the State.

Zidane Will Not Replace Deschamps As France Coach- FFF

innonews - March 13, 2018 0
Former Deputy Governor of Imo State, Sir Jude Agbaso has opened up on his impeachment five years after he lost the number two job...